The app is available on iOS and Android and allows customers to accrue points for every pound they spend in store which can be converted into either money to spend in store or treats such as dinner at the Oxo tower.

Unlike more traditional point-based schemes, however, users will also receive “surprises” such as extra points, flash sales and perks such as free cups of tea depending on how much they spend. The type of perks will be determined by which “tier” shoppers fall into based on their quarterly spending habits – silver, gold, platinum or black.

Speaking to Marketing Week, Harvey Nichols’ head of digital marketing Kerem Atasoy said the launch was based on research with customers that showed 80% preferred a mobile app to a plastic card.

“We know from talking to our customers that they always have their phones with them and that their wallets are bursting with cards. They don’t need another piece of plastic in their wallets,” he added.

“[Our customers] don’t need another piece of plastic in their wallets.”

Atasoy said one of the key advantages to going mobile is that it can collect great data to target and personalise rewards and evolve the programme.

He explained: “What we can do with an app is really agile. If you launch with a card it’s just a piece of plastic in a wallet.

“We’ll be working on a regular basis to update the app. The fashion industry is all about newness so every time a customer logs in they’ll get refreshed content, we can respond to feedback and be really agile in developing the programme,” he added.

Atasoy said areas around location and personalisation are of particular interest in the future. Harvey Nichols is looking at in-store technology such as iBeacons to see how that could work with the scheme, as well as how its data can inform the perks so really understand whether a case of champagne or a beauty treatment would be what a customer wants, for example.

The success of the loyalty programme will be based on having “happy shoppers” and of course on the scheme driving revenue growth.

Other brands have spoken about moving their loyalty programmes into the digital age. Tesco has spoken of its desire to digitise Clubcard while Boots launched an app for its Advantage card that allowed consumers to browse personalised offers.

However many have struggled to make their offerings more digital due to legacy infrastructure. Harvey Nichols doesn’t have that problem as this is their first move into the loyalty scheme space.

Atasoy admitted that the mobile-only launch could alienate some customers but said Harvey Nichols had worked on make the experience as easy to use as possible, making it “light” in terms of memory and ensuring people could still have their spend counted if they did forget their phone or run out of battery through a barcode on the receipt.

‘Brand loyalty more important than ever’ 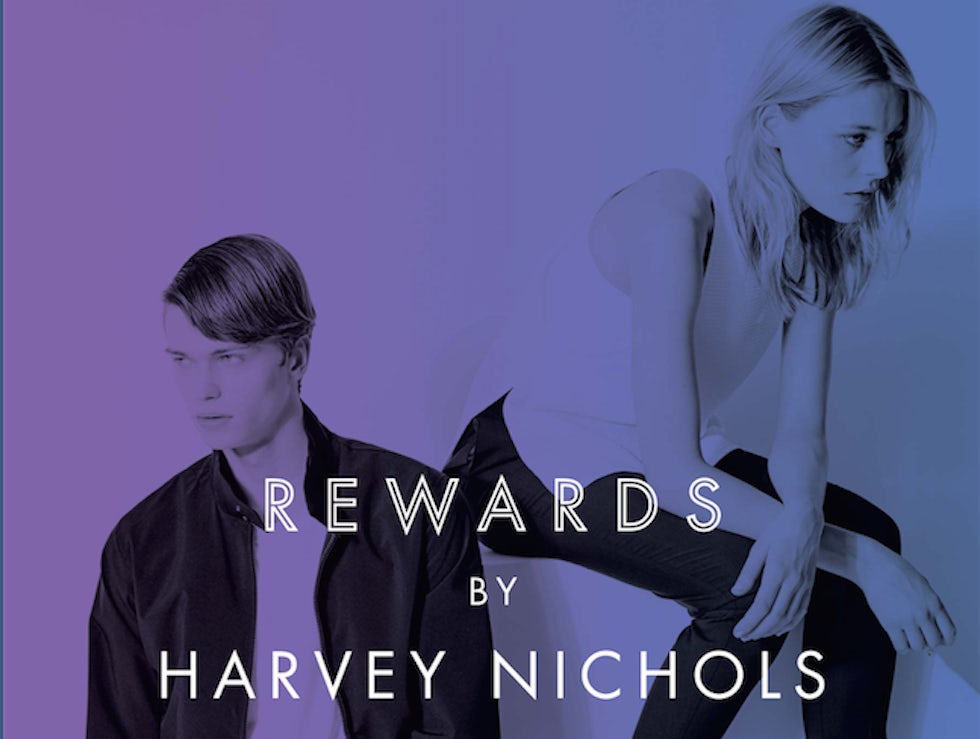 Atasoy said the time is right for Harvey Nichols to move into loyalty because of the growing choice available to consumers and innovation in the luxury retail space. He pointed towards companies such as Net a Porter and Farfetch as examples.

“Consumers have more choice now than they have ever had in the past. Now as a business it is time to really reward customers. Brand loyalty is even more important,” he explained.

For now the programme has only been soft launched, with Harvey Nichols putting up in-store signage, sending out emails to its customer database and promoting it on social media. However, a bigger above-the-line campaign is planned for July to “tell the world” about the scheme.

That will promote the scheme in a “typical Harvey Nichols tongue in cheek” way, said Atasoy.

“The great thing for us is we don’t take ourselves too seriously. We are coming at loyalty from a very different angle and a big focus for that is the amazing experiences. Look at what Liberty does, Harrods – those are pennies for points schemes. Our big USP is making sure people feel better when they leave our stores,” he added.

Brands’ loyalty programmes are not evolving with the digital age, leading to a missed opportunity for engagement with consumers, according to a new report.

It’s the sexy side of data that gets marketers’ pulses racing, but whether that means personalisation or predictive analytics, it is only possible if a brand gets the basics right with a focus on data quality and preparation. Yet 92% of businesses believe their data contains inaccuracies.