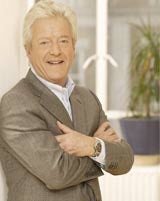 Morgan Stanley, the US financial services giant, has signalled a renewed assault on the UK credit card market by announcing it is to relaunch Goldfish, the beleaguered card brand it bought from Lloyds TSB. The &£175m acquisition by Morgan Stanley’s UK consumer banking arm last week was coupled with the appointment of Grey London to its estimated &£50m through-the-line advertising account (MW last week).

The deal has almost doubled Morgan Stanley’s UK credit card accounts in one fell swoop. The company feels Goldfish is a perfect fit, having built its customer base on a similar proposition to Morgan Stanley; rewarding customers for everyday use. Morgan Stanley has used “cash back”, while Goldfish has offered a loyalty programme.

Morgan Stanley launched its first non-US credit card in the UK in 1999, under its former Morgan Stanley Dean Witter brand, but despite steadily building a consumer base and offering new cards, such as last year’s ultra-premium i24 (MW December 1, 2005), and targeting the affinity market, some observers feel Morgan Stanley comes across as “too American and too corporate”, although it does offer a certain cachet.

One advertising executive, who has been close to the company, says: “People see Morgan Stanley as being financially stable because of the City side of the business, but Goldfish takes it into the territory occupied by rivals such as Egg.”

Managing director of financial marketing agency TeamSpirit, Jo Parker, describes the Goldfish acquisition as a clever business move. She says: “Morgan Stanley has bought itself a raft of new customers, and is assimilating itself further into the competitive UK market.”

The company itself says: “The appeal of the Goldfish brand is precisely that it is very different to the Morgan Stanley brand, which is more serious.”

When Goldfish launched on the UK market in 1996 as part of British Gas, it made an immediate splash with its marketing-savvy approach. But some say that a decade on, after years of underinvestment and its sale to Lloyds TSB in 2002, the innovative brand has been left gasping for air. Lloyds TSB simply used it to tap into the several million customers it “bought” to cross-sell other products, says one insider.

Paul Simons, chief executive of marketing services group Cagney, worked on the original Billy Connolly-fronted campaign for Goldfish by Simons Palmer Clemmow Johnson. He believes that the brand will disappear, with the bank migrating customers. He says: “The Morgan Stanley brand is far more valuable in the high-street than Goldfish.”

Not so, says a source close to the company. It wants to assault the crowded UK card market on two fronts and is ready to back the plan with a sizeable marketing investment. Morgan Stanley plans to use the two brands to appeal to a wider field, while tailoring each credit card’s offer accordingly. Marketing activity for both brands is likely to be concentrated above the line, with few synergies between the two strategies. It will be interesting to see if the bank can breathe new life into the floundering Goldfish brand while simultaneously boosting its umbrella brand.