The third new media age online shopping report, conducted by Lightspeed Research, found the number of consumers planning to shop more online than on the high street has dropped from 36% in December 2008 to 35% in November 2009.

The research also revealed that despite the slowdown in growth of online’s share of retail in the coming year, 31% of consumers plan to use the web more in general, compared with just 23% in 2008.

Experts said online retail had been largely unaffected by the recession, but was starting to mature, resulting in the stalling of growth rates.

Ralph Risk, marketing manager at Lightspeed Research, said although the recession should have attracted more people online due to cheaper prices, this wasn’t the case. “There hasn’t been the considerable change in the way people use and shop online that we expected. This is because a lot of people have been on the web for a while now, they know what they want to buy,” said Risk.

Richard Stables, CEO of online shopping site Kelkoo, said, “We have reached a tipping point because the web has become just a part of our lives. By 2015 we’ll see a parity between online and offline sales.”

Retailers will have to focus on customer retention, say experts, in order to fight off rising competition.

David Smith, director of operations at etail body IMRG, said that although the share of people shopping online has slowed, the amount being spent hasn’t, providing an opportunity.

“Retention will be very important this year and retailers’ CRM strategies have to get a lot better because there is a lot more competition and we’ll see an increase in the amount people spend online,” he said.

The IMRG has predicted that 4.3m people shopped online over the Christmas period, spending £5.2bn online in December and £120m on Christmas Day alone.

Sarah Curran, CEO of pure-play fashion retailer My-Wardrobe.com, said its customers spent more the more they used the website.
“The focus for us has always been on customer retention. The first time shoppers use the site they spend around £110, but this jumps to over £200 once they return,” she said.

“Developing a single view of our customers is enabling us to filter our database to target specific customers with relevant information at the right time, making our reach valuable and effective,” she said. “Developing this strategy will be a priority this year.”

“The recession has meant any growth expected from poorer people hasn’t happened,” he said. “By 2012 we’ll have another spike in growth as the Government acts on targets to get lower income groups online.”

Verdict predicts the second wave of growth for online retail will benefit budget retailers especially. According to the new media age online shopping report, 28% of consumers already plan to shop more at value supermarkets in the next 12 months.

Jackie Hill, head of marketing communications at Asda, said, “Grocery shopping online is still new and it’ll be a number of years’ growth before we start to plateau.”

Consumers are increasingly using the web to inform offline purchases, with 86% using retail websites to check prices and using this information when shopping in store.

Debenham’s Jones said consumers increasingly use the site to research instead of shop. “During the past 12 months we’ve noticed a rise in the use of the web as part of shopping behaviour, although it’s not always to purchase online,” she said. “People will view more sites before making the decision to purchase online and are increasingly using the web to check what’s available in store.”

The research also found 90% of consumers believe that online offers the best prices, while 68% think the high street offers better customer service and 74% think it’s quicker to get products offline.

When I started my data career 11 years ago, the industry was a very different place. The traditional data planner’s role tended to focus on targeting recommendations, list buying, data processing briefs and practically reciting the Data Protection Act. Indeed, with many data planners coming from a list broking or ownership background, there was a strong focus on using cold data. Today, however, the traditional skills of yesteryear simply don’t cut it. So what’s changed? 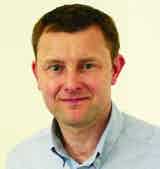 Mark Thomson, media director at Royal Mail, discusses the benefits of combining several channels at once in marketing campaigns.