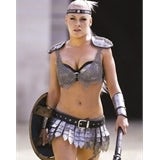 The cola wars that raged throughout the 1980s and 1990s pitted the might of market leader Coca-Cola against the ultimate me-too challenger brand, Pepsi-Cola. Coke won the battle hands down. But it looks as though PepsiCo will win the overall war for corporate supremacy after successfully diversifying into snack foods and healthier products such as Tropicana, Gatorade and Quaker cereals.

Previous Pepsi-Cola UK marketing director Caroline Diamond left in March “to spend more time with her family”, according to the company. Some now wonder if Pepsi will ramp up UK marketing activity to combat the launch of Coke Zero, a no-sugar version that apes Pepsi’s core brand Pepsi Max. Others believe that, in reality, the relatively low-key presence of Pepsi-Cola in the UK means the end of the cola wars altogether as PepsiCo’s focus shifts to other products.

There is little doubt that Coke has resoundingly beaten Pepsi in cola. In the UK take-home market – representing some 70% of value sales – Coke sales were nearly &£900m last year compared with Pepsi’s &£225m (Britvic soft drinks category report), though Pepsi grew 5% on the previous year. Pepsi last year put &£4.67m behind advertising Pepsi Max while Coke’s ad spend was some &£9.72m, according to the Britvic report.

Even so, in December PepsiCo’s market capitalisation on Wall Street surpassed Coca-Cola’s for the first time in 112 years, hitting $98.4bn against $97.9bn for Coca-Cola. While Coca-Cola relies on cola for 80% of sales, half of PepsiCo’s sales come from snacks and only 20% from colas.

Some read into this a downgrading of the importance of Pepsi-Cola within its portfolio. One observer says: “Pepsi has become an invisible brand compared to the 1990s, when the world would await their blockbuster ads with excitement.” Another says: “I suspect Pepsi is concentrating on the brands that represent its future. To be brutal, fizzy, syrupy drinks represent its past.”

The brand’s latest ad campaign in the UK centres on its prize offer of an Xbox games console in ads featuring England football stars Rio Ferdinand and David Beckham. But Pepsi is pulling out of its multi-million pound sponsorship of the Football Association and Coke is generally accepted as having a far stronger relationship with the national game.

Where once Pepsi was the follower, the roles seem to have reversed. Coca-Cola has followed its rival by producing Minute Maid juices, the Powerade sports drink and Dasani bottled water. But some believe Pepsi needs to outpace Coke in terms of cola innovation. “Pepsi has got to get out of aping Coke in innovations such as Vanilla, Lime and Lemon,” says Kate Waddell, a consultant at agency Brandsmiths. She believes there is space for Pepsi to develop functional versions.

Both companies are dependent on the healthy margins delivered by colas. Carbonated water, sugar and a pinch of essence cost little so the profits are highly attractive. The move to no-sugar versions, which use chemical sweeteners, drive the costs down – and profits up – even further. But whether Pepsi-Cola will increase its marketing presence in the UK market as Gruwez takes over remains to be seen.