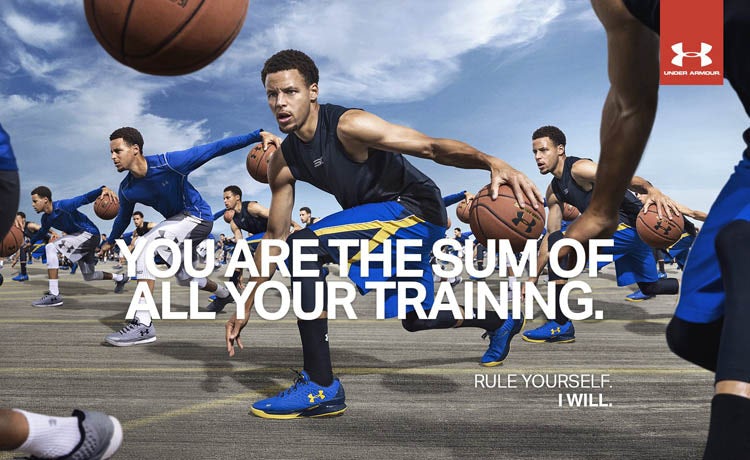 Just 18 months ago, Under Amour was talking about overtaking Nike as the world’s biggest sports brand. In an interview with Marketing Week, its VP of ominchannel Sid Jatia exuded confidence: “Nobody wants to wear Nike anymore because it isn’t cool – it’s in the discount houses, it’s everywhere. People like the underdog and engage with our story more.”

And although Under Armour’s success as a sports brand was primarily driven by the US market – where it had, at the time, recently overtaken Adidas in sales – Jatia claimed it would soon dominate the UK market as well. “We might be in our infancy in the UK, but it is a market that has the same hunger for health and fitness that we’ve seen in the US,” he said. “We know how to build an engaged fitness community and there’s the potential to mirror our US growth in both Europe and China.”

READ MORE: How Under Armour plans to become the world’s biggest sports brand

What a difference a year makes. This week, shares in Under Armour tanked, slipping as much as 8.6% to $18; their lowest level in four years. Twelve months ago, they were changing hands for up to $44.

This was due to another poor set of results compared to Under Amour’s usually high standards. For its second quarter ending 30 June, Under Armour grew its sales in North America by just 0.3% – a slight rise following a 1.1% fall in the previous quarter. Subsequently, the company has been forced to drop its full-year sales forecast and cut 280 jobs.

Most disappointing has been the performance of its once booming footwear division. For the first six months of the year, sales grew by a flat 0.1%. And while Under Armour once took great pride in talking up its popular footwear collaborations with NBA star Stephen Curry and mocking Adidas’ footwear collaborations with Kanye West, it’s now being outpaced by the German sports brand. In its most recent quarter, Adidas sales rose by 28% in China and 26% in North America as momentum returned.

“This was a downbeat set of numbers from the once mighty Under Armour,” says Anthony Riva, a retail analyst at GlobalData Retail. “There can be little doubt that many of the favorable dynamics that previously powered the brand’s success have turned sour.

“Given that North America still accounts for over three-quarters of Under Armour’s revenue, a chilly performance here means the company as a whole has caught a cold.”

However, the poor numbers don’t take away from the upward trajectory that still exists around the Under Armour brand. According to Brand Finance, Under Armour’s brand valuation will grow to $5.9bn in 2017. In 2014, it stood at just $1.5bn.

Yet, a Brand Finance spokesman admits this could soon change. “While Under Armour’s brand value has increased year on year since 2014, rising as much as 43% from 2016 to 2017, recent restructuring will most probably affect the reputation of and loyalty to the brand,” he says.

“Together with declining sales forecasts, this may mean that Under Armour sees its brand value go down in 2018 for the first time in four years.”

So what exactly is going wrong? Sports sponsorship consultant Nigel Currie says Nike and Adidas can appeal to consumers’ love of nostalgia. He says retro shoes and campaigns featuring veteran athletes remain a big draw for the two; something Under Armour just doesn’t have the history to compete with.

He explains: “Under Armour has certainly signed up some of the biggest names in sport but so has its competition. Adidas and Nike have had years of association with the top stars and those associations continue through old footage of yesteryear’s athletes in action and ongoing relationships with these athletes.

“Adidas and Nike have therefore built up considerable amounts of ‘sponsorship equity’ which Under Armour just can’t match.”

The favorable dynamics that previously powered the Under Armour brand’s success have turned sour.

Under Amour has positioned itself very much as a fitness brand over recent years. In fact, it has a fitness community of more than 165 million users, following high-profile acquisitions of sports-focused tech brands such as MapMyFitness and MyFitnessPal, and it claims one in four Americans now use one of its fitness apps. It has also inked partnerships with the likes of HTC, resulting in a family of fitness wearable devices developed under the sub-brand Healthbox.

However, GlobalData Retail’s Riva believes this positioning is not being communicated clearly enough in advertising and that the average consumer is unable to recognise what sportswear products Under Armour really specialise in. Its focus, he says, is too broad.

“While the overall brand remains visible, there is evidence to suggest that it does not have the clarity or a sense of purpose in the way that Nike does. Our consumer data indicate that many people are increasingly uncertain of what Under Armour stands for, or which parts of the sports market it specialises in,” he explains.

“This is partly a consequence of Under Armour wanting to ‘own’ many different segments of the sports performance category, but in a softer demand environment where consumers are more selective about what they buy, such a lack of focus is harmful.”

In its second quarter, Under Armour grew EMEA sales by 57% to £104m – growth that will give it hope that it can progress outside its North American homeland. However, stats from YouGov BrandIndex suggest its brand still has a long way to go in the UK market.

On a list of the UK’s 27 biggest sports brands, Under Armour is 10th behind the likes of Speedo, North Face, Puma and Fred Perry as well as the bigger Reebok, Nike and Adidas when it comes to its index score, which is a combination of consumer brand perceptions around buzz, quality, value, satisfaction and reputation.

Over the last three months, its index score has fallen by one point to a score of 10.4, which means it has in the process dropped three places on the list.

But despite these figures, Currie calls for some perspective and says we shouldn’t write off Under Armour just yet. He concludes: “The situation is not disastrous, sales are still strong, it’s just sales and growth are not as strong as they have been. They enjoyed unprecedented levels of growth which were just not sustainable.

“I think Under Armour needs to re evaluate where is and to commit more effort to telling people, particularly outside the UK, what the products are and focus on key product sectors. Nike and Adidas have become providers of all types of clothing and equipment to all sports – but it didn’t happen overnight.” 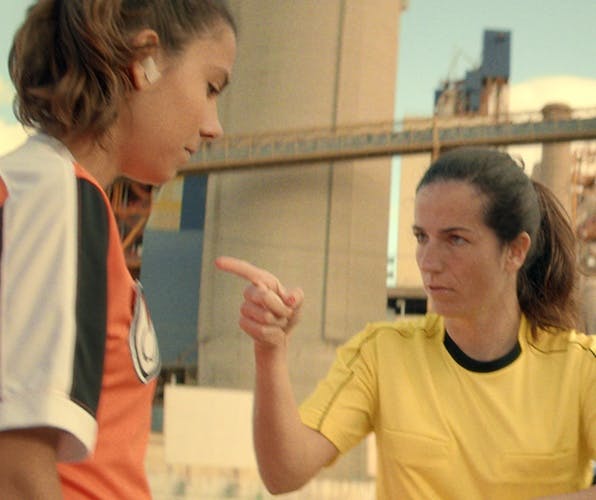 The new ‘Together #WePlayStrong’ campaign has a ‘This Girl Can’ vibe as the European football body aims to increase the popularity of women’s football.