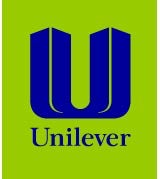 Unilever’s £320m, four-year advertising deal with the Carlton and Granada media sales houses grabbed the headlines last week – and was trumpeted just ahead of the ITV companies’ latest results.

A cynic might say that the deal, believed to have been firmed up some months ago, was announced by Unilever with prompting from the TV companies to suggest that an upturn in ad revenue is imminent. Carlton’s ad revenue slipped by 13 per cent for the six months to the end of March and Granada’s fell 12 per cent. Granada says revenues are recovering, but analysts are waiting for autumn results to confirm this.

Unilever has a history of tying up

major long-term deals and then publicising them. This goes as far back as 1992, when the company struck a £100m, three-year agreement with TSMS, the now defunct sales arm of United News &amp; Media. In April this year, the company signed a £61.3m, five-year pan-European deal with outdoor specialist JC Decaux while in January it secured a three-year, multimillion-pound agreement with AOL Time Warner. Unilever has also signalled a greater focus on sponsorship. These initiatives accompany Unilever’s “Path To Growth” strategy, which focuses on its leading brands and will see Unilever cutting its product portfolio to 400 lines by 2004.

However, a Unilever spokesman says reports that these deals signify a move away from television advertising are pure speculation. He adds that, as audiences fragment, it is logical to “use more varied ways of getting to people, but that does not mean to say we are abandoning TV – this deal goes to prove that. TV is still the most effective medium for getting a wide audience of a particular kind.”

One media observer suggests that talking up other media choices was a good way of leveraging a deal with the TV sales houses.

What has raised eyebrows about the latest venture is the term of the deal – especially given the uncertainty in the media landscape following the deregulatory clauses of the Communications Bill. Even if Unilever hammered out an agreement before the contents of the bill were known, it knew there might be changes afoot. Observers say oneand two-year tie-ups are the norm, with a trend towards three-year deals developing. Four years seems to test the parameters a bit further.

Bernard Balderston, associate director of UK media at Procter &amp; Gamble, refuses to be drawn on whether P&G is looking at similar long-term deals but says that while the company is still heavily committed to TV, it has dropped its marketing spend on the medium by about 10 per cent over the past decade, partly because of a changing brand profile.

He adds:” I think it is a little unusual to have deals like that. If the bottom falls out of the ITV market or Unilever wants to switch to other media I guess there will be restrictions in terms of what it can and cannot do.”

His thoughts are echoed by Michael Winkler, European media director for the Gillette group: “Four years is a long time. I would be hesitant to do something beyond three years, because it is difficult to forecast economic conditions.”

Granada Enterprises managing director Simon Pardon says the company has a five-year deal in place with an unnamed client and confirms the increased trend towards three-year tie-ups. He sees the Unilever agreement as an extension of a long-term trading relationship.

The consensus from media insiders is that Unilever and the TV stations need each other. The deal gives ITV a consistent stream of revenue for a period of time and, as it takes out a chunk of airtime inventory, means the stations could negotiate a higher price for the remainder. As for Unilever, one buyer says: “The problem you have got when you are spending £320m on TV is that no other channels really want to take the money. It’s a case of having to have a relationship with ITV.”

He points out that Unilever’s mass-market brands will not find a home on, for instance, Channel 4, because the broadcaster can charge premium rates to clients with products more suited to a Channel 4 demographic.

As for the benefits for Unilever, experts can only hazard the vaguest guess as to what the discount off ratecard might be – possibly 25 per cent, says one buyer, although he thinks Granada may have given away more than usual to secure the deal at a time when ITV audiences are slipping and hence are less attractive to mass-market brands. ITV’s peak time share has dropped 13 per cent year-on-year to 32.7 per cent for the first four months of 2002 (BARB). Pardon says Unilever was offered a competitive rate, but in line with its previous contracts.

Mark Jarvis, broadcast director at Carat, believes Unilever has embarked on a high-risk strategy unless there are numerous flexibility clauses. He would expect these to include get-out clauses in case of a new ITV owner.

Pardon says there is plenty of flexibility in the deal and adds: “Unilever can adjust volumes and there is flexibility enough for Uni-lever to buy or sell companies within the deal. For instance, during the last deal it bought Bestfoods.”

Doubts remain as to whether long-term deals have a future. Jarvis says: “I don’t think this will necessarily set a trend. In the current media environment of two separate ITV companies, I don’t think it is the way to go. There will have to be some fundamental consolidation before you can drive value through these sorts of agreements.”