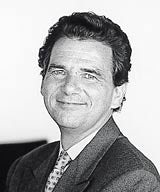 Two weeks after walking away from its £425m bid to buy Tempus, Havas says it is on the prowl for alternative media acquisitions. Last week, the French ad group restated a pledge to build its Media Planning Group (MPG) into one of the world’s top five media agencies by the end of 2003. At present it is languishing at number nine, with billings of some $8.5bn (£5.74bn) and lacks global reach.

Just how it will achieve its aim is the subject of much speculation. Some believe that the Tempus acquisition was its last chance and that now the acquisition has been torpedoed by WPP’s counter bid, combined with the collapse of media stock prices – exacerbated, though not caused by, the September 11 attacks – Havas is facing an uncertain future.

Some even see the group being either broken up or acquired by a rival. As one analyst says: “Havas has a very different shareholder base now than two years ago, when it was controlled by predominantly French institutional investors. These now own just 38 per cent and some 53 per cent is in foreign hands. US investors are not necessarily interested in looking after French corporations, whereas French investors were prepared to offer it some slack.”

He believes Havas is going to be “under pressure” in coming months. After a period of acquisitive expansion over the past two years – exemplified by the $2.1bn (£1.42bn) purchase of Snyder Communications in the US last year – the company now has to look for short-term organic growth. Its first-half results last week revealed that Havas had achieved organic growth of some 5.5 per cent, which one rival describes as “not bad”.

The restructure unveiled alongside the results by chief executive Alain de Pouzilhac is one way of addressing the problem. Havas is disbanding its Diversified Agencies Group (DAG) and will hive off some 70 companies from DAG into its three remaining divisions, Euro RSCG Worldwide, Arnold Worldwide Partners and MPG. By aligning the higher margin marketing services companies with the advertising and media groups, de Pouzilhac is offering the prospect of greater integration of services.

Some strong businesses will be allowed to stand independently, but the restructure will lead to further job cuts, following the 1,200 lay-offs announced earlier this year – from a workforce of 20,000. De Pouzilhac says: “In order to become recession resistant as well as waiting for the advertising market to rebound, Havas Advertising is going to have to refocus on its existing business, reinforce its brand potential, and create even stronger synergies, while at the same time eliminating non-profitable businesses.”

So after two years of making acquisitions at high prices, Havas is looking to unload some of the “non-profitable businesses” at the worst possible time.

The recent decline of media stock presents an interesting situation in the world’s advertising businesses’ rush to consolidate. While it is an ideal time to buy companies, it is more difficult to raise money for acquisitions because the whole sector is depressed. Some expect WPP chairman Sir Martin Sorrell to walk away from his bid for Tempus, though others believe he may consider relaunching a bid at a lower price as soon as Takeover Panel rules allow.

Havas believes that the change in circumstances has meant that it had little choice but to walk away from what became an over-priced Tempus bid, but for reasons that open up opportunities elsewhere. A Havas spokesman says: “We feel that with the change in the market there are going to be new opportunities in Italy and Germany in the short and medium term for bolt-on acquisitions – smaller than Tempus, but at better prices.”

Others doubt that there are many independents in those markets – where MPG is poorly represented – but that MPG’s best hope is for Havas to buy a rival network with a media division, such as Grey Worldwide.

But some of the greatest pressure on Havas to tie up a media deal will be coming from Fernando Rodes – the Barcelona-based boss of MPG, whose company owns a 9.3 per cent stake in the French ad business. This was acquired in exchange for Havas increasing its stake in the business from 55 per cent to 100 per cent earlier this year. Without a media deal, Havas’ purchase of MPG begins to seem pointless. It may look at the only remaining option – to buy out Aegis. Plummeting share prices mean an Aegis purchase may now be within reach for Havas, though some feel it would prove indigestible for MPG.

But last week was not all bad news for Havas agencies. Euro RSCG Wnek Gosper in the UK was reappointed to the £14.2m Abbey National creative account (MW last week) and MPG gained a firmer grip on the massive PSA Peugeot CitroÃÂ«automotive media buying account. As one insider says: “Not bad for a business everyone is complaining about.”

It is a network with a strongly pulsating heart, though it still needs a transplant in the form of a media acquisition. There seem to be few avenues for Havas to explore in its bid to create a significant worldwide media business for MPG, which needs to gain weight or miss out on global opportunities. The pressure to buy out one of the remaining ad networks will increase, though the company suggests there is unlikely to be much activity while the market continues its downward spiral.

The hiatus in consolidation activity created by recent market turmoil is giving the entire ad business a chance to pause for thought. But when activity picks up again, it will be interesting to see whether Havas is in a strong enough position to satisfy its ambitions.