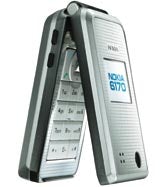 Haygarth has been appointed to handle creative duties for Nokia’s sponsorship of television show The X Factor, in a further blow to Grey Worldwide’s grip on the handset manufacturer’s advertising account.

Lowe’s appointment to the Nokia roster was a major blow for Grey – the handset manufacturer’s main agency in Europe and the US – as Nokia is expected to put its entire advertising spend for this year behind the launch.

Nokia UK head of marketing Simon Lloyd says: “This is a major sponsorship for us and our challenge is to make consumers understand that Nokia is by far the best handset to own.”

ITV Sales revealed last week that Nokia is to sponsor the new series of The X Factor, in a deal negotiated by SponsorCom (MW last week).