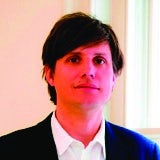 Doug Edmonds, managing director at 2CV discusses the nation’s mood in the wake of the Government’s spending review.

“Today is the day when Britain steps back from the brink, when we confront the bills from a decade of debt,” Chancellor George Osborne stated last month.

The nation was momentarily distracted by the sweet cadence of the Chancellor’s turn at the dispatch box. But, figures from this month’s well-being index show we are not to be seduced by a politician’s siren call.

The overall well-being score stands at 42%, which suggests there is a general buoyancy in the mood of much of the nation, although we may be beginning to feel the pain in our pockets.

In better times we have noted that wealth is less related to overall well-being than either health or happiness. It will be interesting to see if this holds up in the increasingly austere months ahead.

So, what exactly are the implications of this latest round of cost cutting for the nation’s well-being?

Whilst our results were gathered across the month, there is a cumulative effect at play here. Especially given the staggered announcement of cuts; with welfare initially tackled by the coalition in September followed by the spending review announcements in late October.

As such, the pain of September’s cuts only affected those who depended upon the welfare state, and as we noted in September’s article, financial well-being amongst over 55 year-olds remained buoyant. However, October’s cuts had a far broader scope and therefore we should expect to see further impact on consumer behaviour, driven primarily by consideration for personal finances.

So what did we see?

Moving from September into October, at an overall level, we see small increases in each of the health, happiness and well-being measures. Predictably though, we also see a 2% fall in satisfaction with personal finances.

In terms of overall well-being, we see the biggest impact amongst the 35 to 54 year-olds where there is a 2% decrease. The older generation remain static whilst those under 35 years-old remain upbeat, even experiencing a slight increase in their levels of overall well-being. For both higher and lower social grades, we witness a deflation in well-being in the weeks following the announcement of the welfare cuts but a gradual return to parity by the time we reach the week of the spending review.

Youth in ignorant bliss as the Chancellor’s axe swings

Looking at the happiness of the nation it is again the middle-age group, between 35 and 54 who suffer most in October. Those in the older and younger demographic see uplift in this measure during this month. In terms of wealth, higher social grade group’s happiness levels are untouched over the course of the month whilst those on lower incomes are relatively deflated.

As mentioned the real impact in October is financial well-being, where there is a decrease at an overall level which impacts both men and women equally. The State of the Nation index shows the youngest element of society remain unaffected by the recessionary measures with their financial well-being remaining at parity with their score in September. It is only those older; everyone over the age of 35, and arguably those most tangibly hit by the Government’s swingeing cuts who experience sharp decreases.

Interestingly though, if we look amongst social grades the sharp downturn is in the week following the welfare cuts for the C2DE demographics, with the financial well-being of those on higher incomes remaining more robust. As mentioned previously, our data takes us up to the week of the spending review, it remains to be seen who will be affected by the announcement of the second round of cuts.