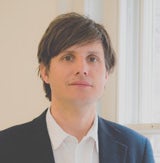 The well-being index increases 5 points this week, registering at 46. This uplift indicates that the state of the nation is reporting the highest level of well-being and people are at their most content since the start of the year.

Reaching the highest figure since February for overall well-being and with significant boosts for young people (53%), 35 to 54 year olds (48%) and the male demographic (46%); indications suggest spirits are rising. This follows the months of uncertainty resulting from the unstable economy, concerning the job market and upheaval felt during the general election. Perhaps this substantial rise in well-being means that people are finally adjusting to the coalition Government.

Interestingly, this boost in morale is not reflected by everyone, with the grey market (55 to 74 year olds) suffering a significant drop in overall well-being, reported at 36% this week. This is an unusual occurrence for this demographic who often enjoy ongoing stability. They will be a group to watch over the coming weeks to see if the drop this week indicates a longer term decline.

Feeling the happiest (57%) and healthiest (56%) in the nation, the younger generation are clearly content with their lot. A staggering 19 point leap in their overall well-being suggests they are enjoying a period of positivity. As John Lewis announces that consumers are spending more on household items in contrast to last year, this reported rise in purchasing behaviour suggests people are feeling more confident about their immediate future and are happy making the most of what they’ve got.

Here are the results by demographic:

Young people
With figures on the increase across all aspects, the younger generation are enjoying a period of uplift for the third consecutive week – 57% say they are feeling happy. The summer seems to have brought a dose of light relief with festivals, sunny weather and outdoor activities all helping to boost spirits.

Middle aged band
Further uplifts for 35 to 54 year olds across all aspects continues to bring good news for marketers, who have now had a significant period of time to take the opportunity to engage with this demographic. With 26% of those questioned feeling financially satisfied, there are indications that stability is returning. Forty-eight per cent are content in terms of overall well-being; the highest figure recorded since January 1.

Grey Market
Following several weeks of stability, there are notable fluctuations amongst the 55 to 74 year old group this week. A staggering 17 point drop in overall well-being (36%), in addition to declines in health (50%) and happiness (50%) suggest their positive mood of recent weeks is wavering. It should be noted however that figures remain relatively high when compared with other demographics across the nation, suggesting the older generation have fewer concerns and worries, in comparison to the daily pressures felt by other groups of the nation.