The 2CV Well-Being Index has risen slightly this week, registering at 42.

The post-Christmas slump is a distant memory according to our well-being index this week and it seems the mood of the nation has lifted as the New Year gets underway, with all aspects increasingly significantly. A great start to 2010.

Women remain happy with half reporting satisfaction in their life (48%). Interestingly, women’s happiness levels have remained consistent around the late 40’s score throughout the study so far. This is a proven indication to marketers that women are the more receptive audience of the sexes. Male consumers report vast increases in all areas of well-being to start the year, particularly wealth, jumping 16 points with now more than a third (36%) content with their financial situation.

As the usual work routine kicks back in we see that the 35-54 group report an across the board improvement in all aspects, rising between 20 and 27 points. The latter is our largest increase to date, which is revealed in this group’s attitudes to wealth. This shows a stabilisation of financial security after the excesses of the holiday season are over. Here are the results by each age category:

Young People
Weighing up what they have given and the value of what they have received over the festive period, young people’s happiness levels reach just over a third (35%), up 6 points. With January’s money now in short supply, but nothing planned to drain what funds they do have, this group’s wealth levels see a significant lift of 11 points this week, to 28%. Christmas and New Year’s cold and flu hangover sees young people’s health fall to just over half reporting satisfaction at 51%.

Middle-aged band
This group shows the most change to reign in 2010. 2009 was clearly a year they were glad to see the back of and the New Year is met with prosperity across all aspects. Back to work, back in routine, mother-in-laws having returned to their own houses far, far away… it is men in particular who show a dramatic uplift in their attitudes and levels of satisfaction. With health, wealth and happiness rising from around the 20-30’s scores, they now hover around the 50% mark, as nearly half of consumers in this group anticipate a fresh start, new outlook and hope for an economic, political and social recovery this year.

Grey Market
Unsurprisingly, those aged between 55-74 see a fall in well-being by 9 points, with only 38% reportedly content with their situation. This can be associated with the disappointment that ‘quality’ family time and the ‘joy’ of the festive season is over, returning to the mundane, with many people in this category retired or living without their partners. 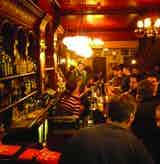