The 2CV Well-Being Index remains steady, registering again at 41 during the third week of 2010. This indicates the nation’s mood has stabilised somewhat compared to the flux seen around Christmas.

However if we look at the figures closely we see that wealth and happiness amongst both men and woman has dropped in comparison to the previous week. Perhaps the effect on this dip is due to Blue Monday ‘the most depressing day of the year’ which fell during the third week of the tracker on Monday 18th January.

This may well explain why men’s happiness has dropped from 44% to 41% this week and women’s happiness has dropped from 48% to 44% this week. The combination of the adverse winter weather experienced during this time, settling back into work routines, and the reality of Christmas excesses have all taken their toll on the nation and made this week one of the most depressing weeks of the year.

However it is not all doom and gloom and a comparison on the data month on month, shows although there is negative movement in well-being and happiness amongst the 55-74 age group, perhaps due to families going back to usual routines after Christmas, there has been significant positive movements in well-being and health for the 35-54 year old age group. Here are the results by each category:

Young People:
The younger generation has slumped in happiness down by eight points from the previous week to 38%. In addition wealth amongst the 16-34 year olds has taken a five point drop to 20% this week. Credit card bills from December are hitting doormats and post Christmas belt tightening is in full swing with the reality of the festive spending starting to affect this generation’s sense of both wealth and happiness.

Middle-aged band:
The middle aged generation is still one of the least happy generations with only an increase in one point to 38% this week. Similarly wealth has dropped 2 points to 21% implying perhaps that this group is finding it difficult to stick to New Year’s resolutions and with the majority of salaries having been paid early in December this generation is starting to feel the pinch.

Grey Market:
From December to January well-being for the older generation has dropped significantly with only 41% feeling content rather than 50% in December. This is likely to be as a result of this generation returning to old routines and starting to feel more isolated having spent time with their families, possibly grand children, over Christmas. In addition this generation is likely to have felt the brunt of the terrible weather conditions seen during this period, with many affected by the snow and freezing temperatures. 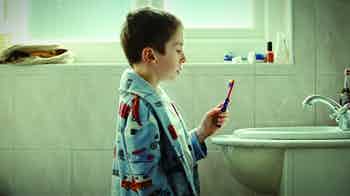 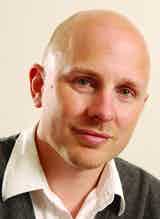 The Government has unveiled a new cashback scheme offering payments to households who use solar technology.