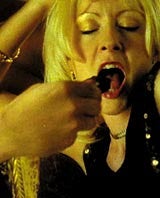 Mars’ claims that its chocolate products can reduce the risk of heart disease – as revealed exclusively in Marketing Week, last week – have caused uproar among food watchdogs which are desperate to control multinationals’ rampant health claims.

More significantly, it raises major doubts over the power of the Government’s new Food Standards Agency (FSA) to combat the might of global food giants.

The FSA was set up to allay public concern over food safety following the BSE crisis and E-coli outbreaks of the past decade. Chairman Sir John Krebs – a scientist with a background in animal behaviour – has a remit to regulate “food safety and standards throughout the food chain”.

A survey by the Ministry for Agriculture, Fisheries &amp; Food earlier this year found 48 per cent of consumers wanted more accurate food labelling.

And the FSA’s mission statement included the words: “We are committed to ensuring consumers are given clear, easily understood information to help them make informed choices about the food they buy. Labels must carry the information consumers want and need. Developing a strategy aimed at improving food labelling is a high priority for the agency.”

Yet consumer groups, which have been drawing up their own code of practice to stamp out misleading claims, are already sceptical about the FSA’s ability to meet major food companies head on.

Mars is not the first multinational to herald the health benefits of its food products. In 1998, Heinz claimed its Ketchup sauce contained tomato constituent lycopene, which allegedly reduces the risk of heart disease and prostate cancer.

Mars launched its Cocoapro trademark after funding research into the use of plant compound polyphenol in the manufacture of its chocolate.

The Cocoapro logo, which appears on packs of M&M’s and is soon to be extended across the Mars range, directs consumers to a dedicated website that explains how polyphenols can prevent heart disease.

Mars denies it is positioning its confectionery as functional food, but industry groups claim Cocoapro is a cynical marketing ploy.

It is becoming apparent that the agency’s hands are tied by European and global legislation, and that labelling is low on the FSA’s list of priorities.

Grant Meekings, head of the FSA’s food labelling standards and consumer protection division, says: “We prefer a self-regulatory approach to labelling. Legislation is a last resort because these days laws have to be agreed in Brussels and by the World Trade Organisation. It’s an uphill struggle.”

Rather than draw up its own, fresh labelling legislation, the FSA has decided to monitor a Code of Practice on Health Claims produced by the Joint Health Claims Initiative (JHCI).

The JHCI is a panel of industry, consumer and trading standards representatives set up to monitor claims such as the one made by Mars.

The voluntary code of practice is due to be published in the next few weeks. It will include provision for all functional food claims to be open to scrutiny by independent scientists with the power to block their introduction.

Food industry representative The Food and Drink Federation (FDF), which is a member of the JHCI, believes the code will work. Spokeswoman Jackie Dowthwaite says: “Food labelling regulations have always been a grey area, and we hope the code makes it clear to manufacturers what everyone wants.

“Manufacturers are interested in favouring the consumer. Trading standards officers have a lot of power and can order packaging and products to be pulped if they are misleading.

“There is a massive incentive for the industry to get labelling right so that companies don’t make expensive mistakes.”

Mars insists it is not marketing its range as functional food. Dr Josephine Wills, external science and health affairs manager for Mars, says: “We are saying that, as part of a balanced diet, polyphenols in chocolate can help maintain a healthy heart. There is fat in Mars, but tests have proven it has no effect on cholesterol levels which cause heart disease.

“We’re not making any health claims with Cocoapro and we would never tell people to eat ten Mars Bars a day.

“We appreciate people will be sceptical. But when organisations say chocolate is bad for you it sounds as though they are not well-informed.”

Nevertheless, food watchdogs are concerned about Cocoapro for a number of reasons.

Observers refute Mars’ claims that it is not marketing chocolate as a functional food, which they define in two ways: novel foods, which are completely new products with an added, beneficial ingredient; and products which are promoted as functional following the emergence of scientific research on specific ingredients.

Food Commission spokesman Ian Tokelove says: “Polyphenols may have a beneficial effect on health. But the Cocoapro label ignores all the other ingredients, such as fat and sugar, which may have a detrimental effect.”

Observers also point to the fact that much of the research which led to the launch of Cocoapro was funded by Mars.

Jack Winkler, chairman of pressure group Action Information on Sugars, says: “We need to know whether this scientific research was checked independently.

“It’s widely known polyphenols in green tea and red wine have the effect of reducing anti-oxidants, which can produce heart disease. But is it true to say polyphenols in Mars’ chocolate have the same effect?”

Mars admits it did not consult the JHCI, claiming it is not making direct health claims. It also admits that the findings on the effectiveness of polyphenol are only preliminary. Cocoapro has been rushed to market before the research was completed.

Some JHCI members have become outraged.

Peta Cottee, projects director at Sustain – formed from the merger of the National Food Alliance and Agriculture Food and Environment Alliance – says: “This is unbelievably irresponsible. Mars is flouting the code of practice. It may say the code is not up and running, but it’s inconceivable that it didn’t consult us.”

But even the FSA is sceptical about whether a voluntary code will work.

The problem is exacerbated by the law, which delegates prosecutions to local authorities, which are unlikely to have the necessary funds to take on multinationals.

Meekings says: “We’ll monitor the code for two years to see if it assists courts in making judgments against false or misleading labelling under the 1990 Food Safety Act.

“We will look at Cocoapro, and if there is a problem we’ll talk to local authorities and ask them what they think they can do.

“But we’ll have to reflect on past judgments. It may be that current procedure doesn’t offer a strong enough chance to beat the multinationals.”

JHCI members have expressed their disappointment at the FSA’s failure to adopt the code of practice.

Cottee adds: “I think the FSA should administer the code.

“The agency was launched as the consumers’ champion, with food labelling within its remit. But at the moment that doesn’t look like being the case.”

Winkler continues: “At the end of the day, nutrition is part of the FSA’s remit – but, being realistic, this is not its highest priority.”

Consumers’ Association spokeswoman Louise Ansari says: “We’ll be on the FSA’s case. If it says it has the power to talk to the industry, that’s what it should be doing.”

But confusion over labelling legislation leaves the door open for multinationals to say virtually anything they like.

The Advertising Standards Authority (ASA) is powerless to investigate packaging if no direct claims are made about the health benefits of a product. It can investigate only if it receives a complaint about claims made in non-broadcast ads.

In 1998, the authority upheld a complaint against Van den Bergh, maker of low-fat spread Olivio, after the manufacturer claimed in ads that eating Olivio “may add a few years to your life” by reducing saturated fat intake.

The ASA judgment reads: “We concluded from expert advice that although Olivio…would benefit those with too much fat in their diet, it would probably reduce the risk of coronary heart disease only slightly and not extend life, certainly not by years.”

Van den Bergh was asked not to include the claim in future ads.

But ASA external affairs manager Chris Reed believes Cocoapro falls into a grey area: “If a print ad tells consumers to visit a website and someone made a complaint that the advice was misleading, we could probably investigate. But the Internet has a freedom of speech ethos and we’d need to be convinced the website was generated specifically by an ad.

“For all we know, this may be deliberate [by Mars], which may be aware that it can publish information on the Net instead of through an ad.”

For his part, Meekings hopes multinationals will cease putting out functional food messages until the code is operational: “We’re anxious to discourage people from jumping the gun.”

In reality, there appears to be little to stop them. Unless the FSA can quickly stamp its authority, what’s to prevent multinationals from bombarding consumers with unsubstantiated claims?