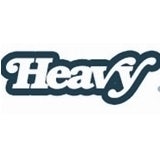 Heavy.com, a US digital multimedia entertainment provider, is heading to the UK, after signing a three-year deal with Contentfilm, the film and TV rights company.

The Heavy.com site attracts around 12 million visitors a month to its mix of animation, video games, comedy, home movies and pop-culture parodies. It has a core audience of 18- to 34-year-old men.

The site is looking to move into new territories, including Europe. It already has over 600,000 visitors from the UK each month and is now in talks with internet service providers about teaming up to launch a UK site.

The New York-based company allows brands to involve its audience by streaming user-generated content as part of advertising campaigns on the site. Simon Assad, joint chief executive of Heavy.com, says a campaign last year for Burger King was downloaded over 7 million times in 30 days.

Assad says the company is preparing to roll out its own social networking site, MyHeavy, next month. This will be a mix of “YouTube, Myspace and TiVo all in one” he says.

As part of the latest deal, ContentFilm will be responsible for the distribution, sale and development of the Heavy brand in all territories outside the US.