As part of the ‘Dropped’ campaign, the brand takes participants out of their day to day lives and drops them into unknown situations.

Participants found themselves in remote locations such as Alaska, tasked with getting to the airport with nothing but the bare minimum of supplies to get home.

Heineken has created a series of online documentary shorts, launching today (3 June), following the adventures of each “dropped” participant as they try to get home.

The first series sees Spanish Rikar dropped in the middle of Alaska with a tuxedo, a life raft and a plane ticket.

Social elements of the campaign will unfold as each adventure develops through online journals and content.

Alongside, Heineken is also launching a new TV campaign set in India designed to encourage its brand fans to be ’travellers not tourists”. The TV ad starts this week

Sandrine Huijgen, Heineken global communications director, says: “With Voyage, the fifth installment of our Legends campaign, we want to go further than inspiring men to be resourceful and open to the world. We are giving a few of them the opportunity to go beyond the borders of their comfort zone. Dropped is a social experiment that will challenge the participant to display their true character and if they do, have a legendary travel experience.”

The campaign also includes an online game that fans can play when they redeem codes from packs of Heineken. 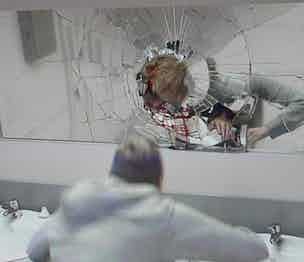 The Department for Transport is targeting young men with shock tactics in its latest THINK! Campaign to warn against drink driving.