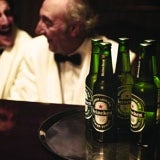 The ad showed a man arriving at a party and greeting other guests in a number of flamboyant ways such as pulling a tablecloth from a table without upsetting the drinks, catching an olive in his mouth, joining the band on stage and staging a faux cowboy shootout with another guest.

Molson Coors and two viewers complained that the ad implied that alcohol contributed to the man’s popularity and confidence, the success of the evening and the man’s social and sexual success.

Another viewer complained that the ad linked alcohol with “daring behaviour”.

Heineken said that the character was at no point during the ad seen consuming alcohol and that “very little” alcohol is featured in the ad so it could not be inferred that Heineken or alcohol contributed to the success of the occasion.

The brewer adds that there is no portrayal of sexual activity or seduction in the ad and so no implication of sexual success.

Heineken adds it consulted BCAP rules and Clearcast before finalising the script for the ad, which it believes portrays a “mildly fantastical scenario” depicting Heineken drinkers as “men of the world” with “broad experiences of travel, diverse cultures and refined tastes”.

None of the complaints against the ad were upheld.

The ad, created by Wieden + Kennedy and called “The Entrance”, first aired in January a part of a global campaign, to introduce its new global strapline: “Open your world”. 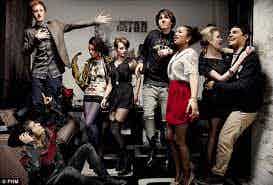 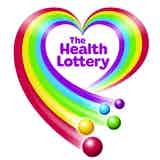 Richard Desmond, the owner of Channel 5 and the Express newspapers, is to launch a new draw-based lottery game to rival the National Lottery next week.