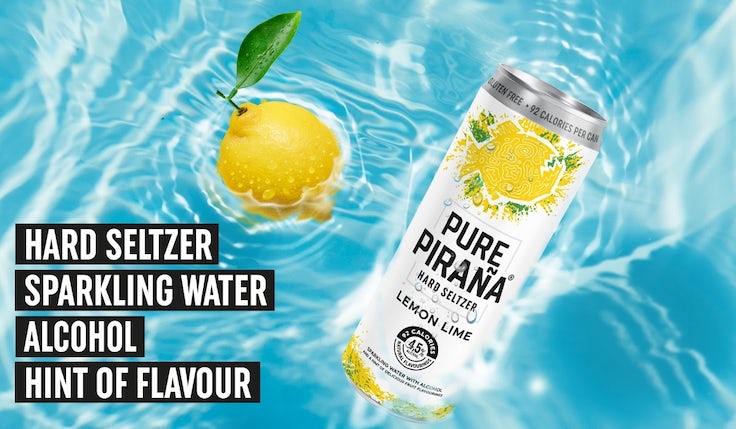 Heineken is looking to tap into the emerging trend for hard seltzers, with the launch of Pure Piraña in Europe. Hard seltzers are already big business in the US, but the category is still relatively nascent in the UK, so the alcohol giant is hoping to capitalise on demand by being one of the first to market.

Hard seltzers are alcoholic sparkling water drinks, with a hint of flavour and relatively few calories, and are positioned as a healthier, more natural alternative to other ready-to-drink options.

“We want to lead; we want to have the biggest market share in the category. If it [hard seltzers] become big [in Europe] we will be the biggest player,” Heineken’s global head of flavoured beverages, Cecilia Bottai Mondino, tells Marketing Week.

Pure Piraña is part of Heineken’s “beyond beer” strategy, as the company looks to diversify its business and stay on-trend with consumers.

“By beyond beer we mean catering to different needs and occasions and we are seeing flavoured beverages as our fastest-growing category. ‘Ready to drink’ was especially boosted by hard seltzers,” she says.

“There are a lot of reasons for that. The main one is they used to be juvenile, not very premium and quite artificial, and now they are shifting to more premium, more adult, beautifully balanced propositions. And this is why it is growing everywhere because it’s really on-trend.”

Heineken already has the Arizona Sunrise brand in the US, where the hard seltzers market is more mature. However, it didn’t feel the brand was right for other markets as it is keen to push the “pure” ingredients used in Pure Piraña as it wants to appeal to consumers looking for a more natural alternative.

Pure Piraña is available in a choice of three natural flavours – lemon lime, red berries and grapefruit, with a 330ml can containing 92 calories and 4.5% alcohol.

Hard seltzers now account for 10% of Heineken’s sales in the US after only five years and Mondino believes this is only set to rise, quoting the fact the global value of the market is predicted to hit $30bn by 2025.

“We’ve seen that in the last few years, it’s grown faster than most other alcoholic categories. We expect it to continue to grow at a fast pace,” she says.

The market for hard seltzers is growing in the UK too, with brands including BrewDog, Kopparberg, Smirnoff and Coca-Cola placing their bets on the category and standalone brands like Drty already on shelves.

The UK market was worth £11.7m in 2020, according to Kantar, and has the potential to surge to £75m by 2027 based on a forecast by IWSR included in a report commissioned by Drty.

We want to lead; we want to have the biggest market share in the category. If it [hard seltzers] become big [in Europe] we will be the biggest player.

Heineken first launched the Pure Piraña brand in Mexico and New Zealand in September. It now plans to launch in Austria, Ireland, Netherlands, Portugal, and Spain, followed by the UK and others throughout the year and into 2022.

Mondino says it chose a gradual roll-out strategy instead of a global launch, and these markets specifically, as there are fewer players currently.

Social media will be central to the launch, with influencers lined up to spread the word to its core audience of 25- to 35-year-olds, a generation that is “reimaging everything” and more likely to be open to new beverages.

“We are relying a lot on the strategy of talking to influencers, this is a big part of our strategy and our campaign because it has worked really well in Mexico, where we are market leaders,” she says.

The brand faces the challenge of introducing Pure Piraña in an alcoholic beverages market with a plethora of choice, Mondino says the key to its strategy is relaying to consumers the drink’s unique selling points of low calories and sugar while still being alcoholic.

Gousto’s vice-president of brand explains why the ‘Give It Some’ campaign signals the brand’s intent to become a household name. 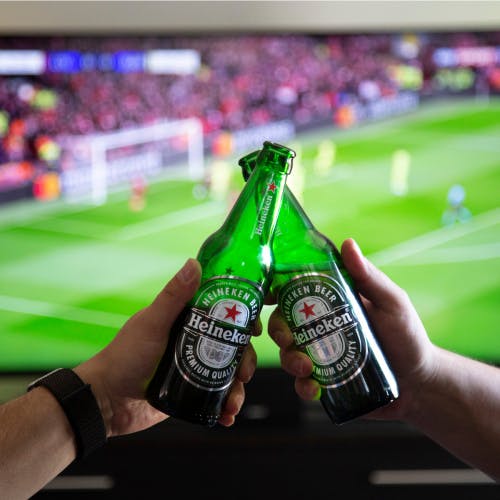 Heineken used its sponsorship of the UEFA Champions League to attract new digital consumers, dispelling the myth that digital only increases sales penetration among loyal customers.