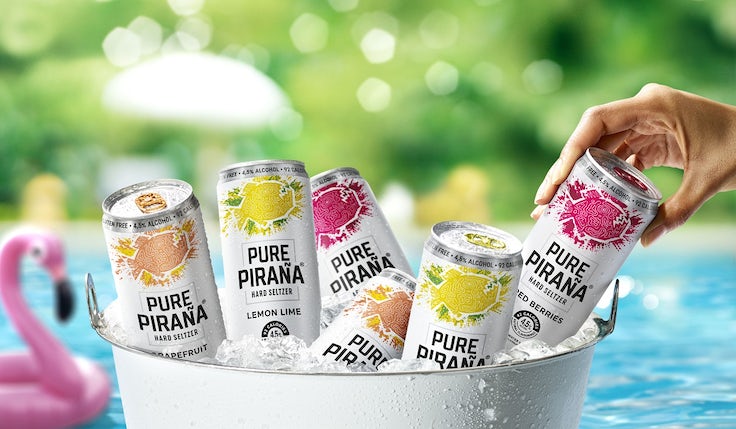 Heineken out to prove it is hard enough

When pubs open again you might see someone enjoying a cold glass of hard seltzer. What is hard seltzer? Good question, it’s not something to alleviate stomach pains, but flavoured sparkling water with the same alcohol content as beer, while also being low in calories and sugar.

Heineken launched its Pure Piraña hard seltzer brand in Europe earlier this week, hot on the heels of rivals that have invested heavily in this new category, as consumers move away from traditional pub favourites.

Alcohol sales in the UK fell during 2020 according to the Wine and Spirit Trade Association, with beer and wine sales dropping 10% and 5% respectively. The body also found alcohol-free beverages grew due to low drinking rates among young people.

Heineken’s global head of flavoured beverages, Cecilia Bottai Mondino, told Marketing Week hard seltzers’ unique selling points resonate with its 25- to 35-year old target audience. The move is also part of plans to diversify away from beer, a concept that is difficult to think of with a brand so synonymous with the beverage.

The brand is hoping to steal a march on its competition in various European markets with Pure Piraña, although in the UK it faces stiffer competition with BrewDog, Kopparberg, Smirnoff and Coca-Cola already casting their dice in the sector.

Time will tell whether hard seltzers are hard enough for UK consumers. MP

Pret A Manger pivots away from shop focus 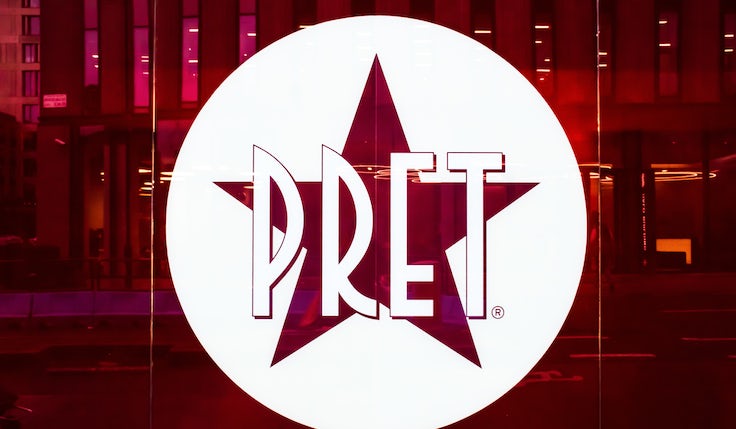 UK consumers are blessed with a plethora of choice when it comes to takeaway food for breakfast, lunch and dinner. But this was sharply ceased when the government forced stores to shutter and ordered consumers to stay home in a bid to stem the spread of Covid-19, throwing the future of many brands in the air.

But brands showed resilience and a willingness to pivot and strengthen areas such as digital and ecommerce, adapting to consumer habits. Pret A Manger went further down the consumer-packaged goods route by ranging its croissants in Tesco, this is part of plans to shift away from being a “shop first brand”.

The move follows the brand putting its coffee beans on the digital shelves of Amazon, Ocado, Waitrose and Sainsbury’s.

Another example of a pivoting lunchtime staple brand was Asian-inspired food brand Itsu which launched its supermarket range of frozen gyoza and backed it with the brand’s first TV ad. MP 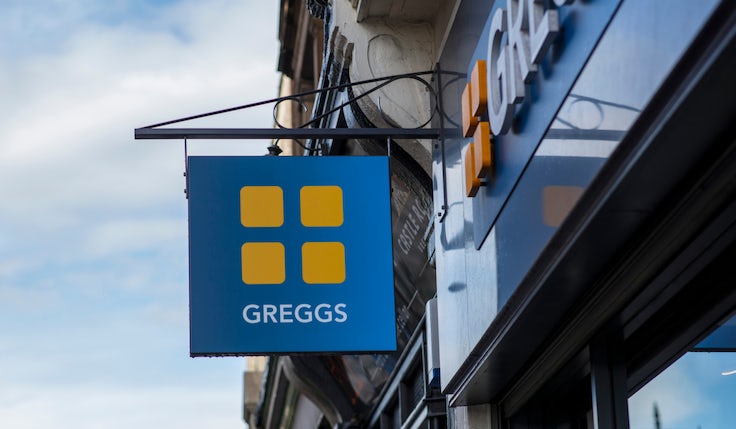 In 2019, Greggs seemed unstoppable. The bakery chain went viral with the launch of its vegan sausage roll, sparked the ire of Piers Morgan on Twitter, topped sales of £1bn for the first time, and was named Marketing Week Masters Brand of the Year.

Then the business ran into Covid-19.

With the UK kept in lockdown for most of the past 12 months, it’s unsurprising to see Greggs record a drop in sales of 30.5% over 2020, and post a pre-tax loss of £13.7m. It’s the business’ first annual loss since floating on the stock market nearly 40 years ago.

But despite the financial hit, Greggs is putting its faith in the power of marketing to get the business back on its feet.

According to CEO Roger Whiteside, marketing continues to play a “key role” in driving awareness, while the business has invested in a stronger team to compete in digital channels and to develop its customer relationship management capabilities, with new systems to be deployed during 2021.

Greggs also plans to open around 100 new shops in 2021, so it seems the brand feels confident in its chances over the year ahead as the nation begins to ease out of lockdown measures (fingers crossed). Marketing is clearly being looked at to help drive that recovery.

After a year of seeing businesses put marketing on the back burner as they rode out the pandemic, it’s a positive sign to see a major brand reasserting its faith in the function. MJ 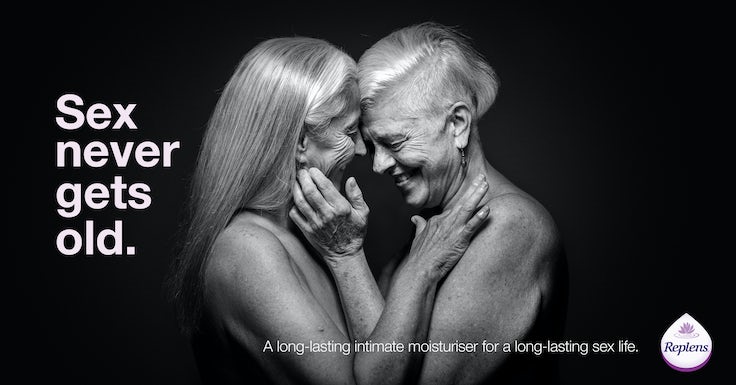 When marketing to the over-50s, all too often brands fall back on the stereotypical image of an ‘old person’, someone who is frail, with grey hair and a cardigan and a Werther’s Original close by. But people in their 50s and beyond are not at death’s door and do not want to be patronised by out-of-date and unrelatable images of what it means to be old.

Cue ‘Sex never gets old’, a campaign by vaginal dryness brand Replens MD, which not only tackles an issue many women feel uncomfortable discussing but shines a light on the fact people aged over 55 still have intimate relationships, something which is rarely referenced in advertising.

The campaign is not meant to shock or disgust people, it is sharing a simple truth that will hopefully help banish the misconception that anyone over the age of 50 is likely to prefer sitting in a rocking chair sporting a snazzy pair of slippers than getting out there enjoying their life.

The campaign won Transport for London (TfL) and City Hall’s Diversity in Advertising competition for doing just that. Sex never gets old challenges assumptions around older people and intimacy perfectly, in a way that is not patronising or condescending.

Runner up Brompton should also be mentioned for flipping the term ‘getting on’ on its head and changing it to mean getting on with life and getting on a bike.

The UK is an ageing population and given over-50s have the highest level of disposable income brands would be wise to start targeting older people in a way that truly reflects the diverse and active people they actually are. LT

The ASA issues a stern warning to influencers 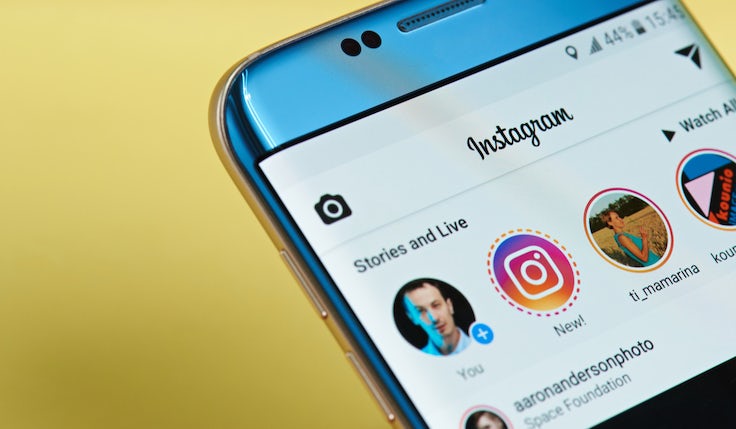 The road to get influencer marketing under control has been long for the advertising industry’s regulatory bodies, and it seems the journey is far from over.

This week, the Advertising Standards Authority (ASA) put a number of influencers and brands “on notice” over their flagrant disregard of social media advertising rules, threatening to publicly name and shame any who are caught out again.

The warning came following a monitoring sweep of influencer posts, which revealed the majority are not properly labelled when they are adverts.

‘Proper labelling’ just means clearly signalling when an ad is an ad, usually with a hashtag, so it shouldn’t be a difficult thing for influencers and the brands hiring them to get right.

Yet, over a three week period in September in which the Instagram accounts of 122 UK-based influencers were monitored (including 24,000 Stories), only 35% of ads were easily identifiable as such.

Instagram-owner Facebook promised to take action against UK influencers and celebrities on its platform who are violating advertising rules in October last year, and this latest analysis suggests it will need to be diligent in its efforts.

ASA chief executive Guy Parker said there is “simply no excuse” for non-compliance with the rules, while ISBA’s director general Phil Smith branded it as “clearly unacceptable” and said the organisation is working with its members on an influencer marketing code of conduct.

Whether any brands or influencers do get outed in future for continued violation of the rules remains to be seen, but both should take the threat seriously and get their houses in order, fast. Nobody wants to be publicly called out for bad behaviour. MJ 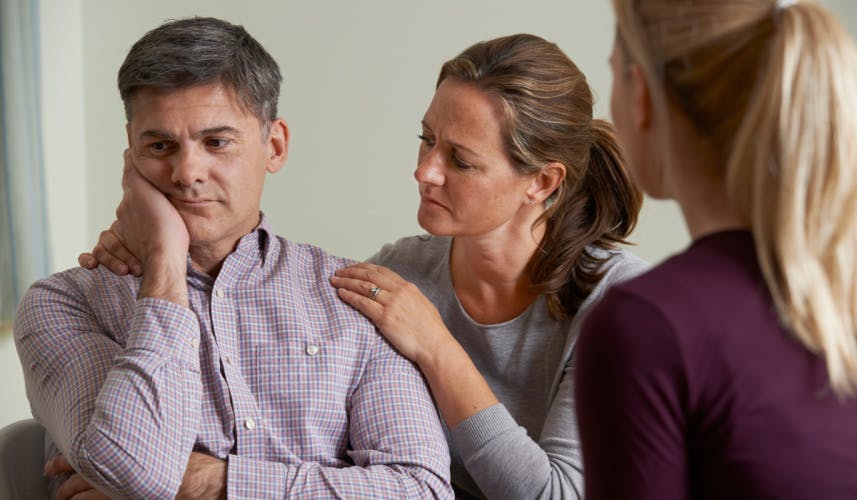 Is loyalty dead? How many positions is too many? And who the fuck is Byron? Our columnist presents a modern marketing love story. 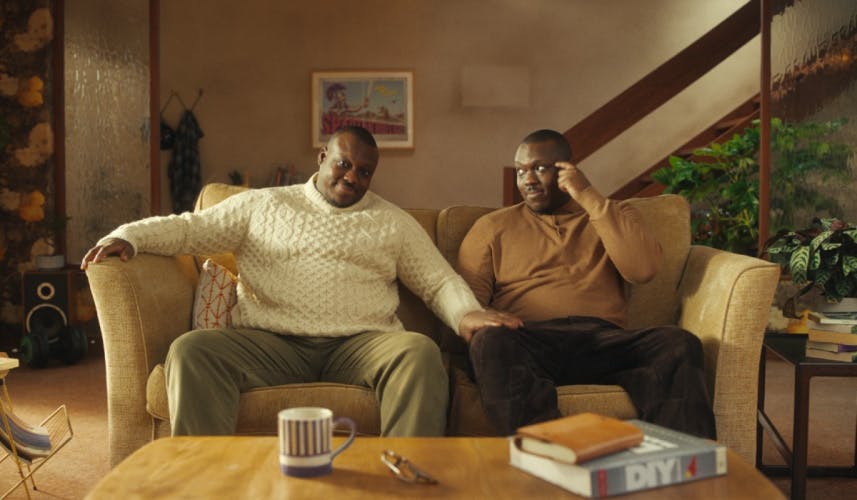 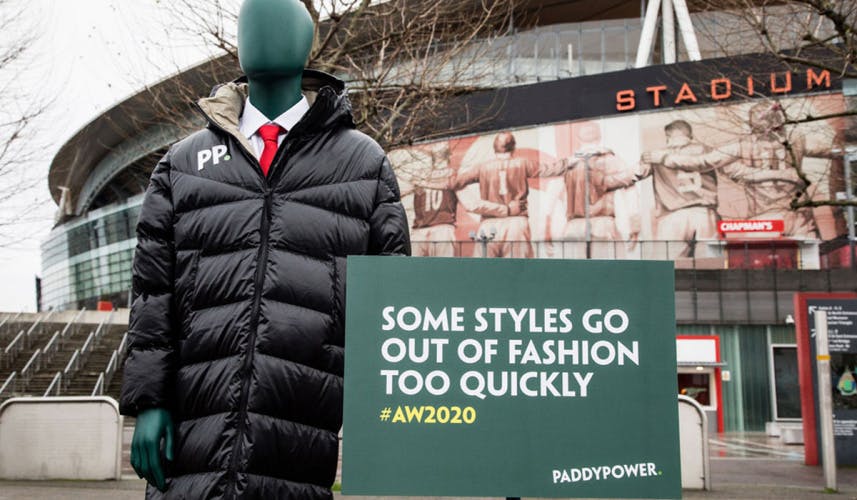 Being mischievous is harder work than it looks, says outgoing PR boss Lee Price, who explains the bookie brand’s “bulletproof” challenger mentality is based on rock-solid strategy, consistency and high standards.