‘Breaking the norms around cider advertising’

The launch is among a number of moves by Heineken to “break some of the norms” around how cider is marketed.

“This time of year you’ll see a lot of communication in the category looks very similar – blue skies, sunny days and apples falling from trees,” she said.

“Trying to disrupt busy millennials as they go about their routine is really difficult.”

In order to target that age group during their free time the company has looked to music festivals. Sherwood-Smith said this provides “an opportunity for us to cut through and do something that’s value adding and memorable”.

Heineken launched a comeback for Strongbow at music festivals this year with the “Strongbow Tree”, a 12 metre high structure drawing on the brand’s Hereford roots featuring a DJ booth at the top.

“We’ve had a history of festivals and activations but a few years ago we pulled back a bit to concentrate on different touch points,” Sherwood-Smith said. “This year we’re reasserting Strongbow’s position as the alcohol and cider brand at festivals.”

It has also launched activations at smaller festivals for its premium Old Mout brand as well as “Bulmers Colourena”, a branded space featuring the likes of powder paint and a dance off, across festivals including Isle of Wight, British Summertime and this weekend’s Kendal Calling.

The platform fits in with Bulmers “Live Colourful” communications platform which kicked off last year in an effort to arrest the brand’s sales declines.

According to the Office for National Statistics, cider, perry and mead sales hit £911m last year and are set to be a £1bn industry this year, boosted by sales of fruit cider.

Bulmers recently launched a Zesty Blood Orange flavour, which “exceeded expectations in terms of distribution and rate of sale” and drove “reappraisal of the brand in a competitive market”, according to Sherwood-Smith.

It is also working on creating online content in the music space, which will see it team up with an artist.

As cider brewers fight to market to summer drinking occasions, Heineken is hoping to create standout for its Symonds brand by pushing its premium positioning and relationship to food instead of its seasonal appeal. 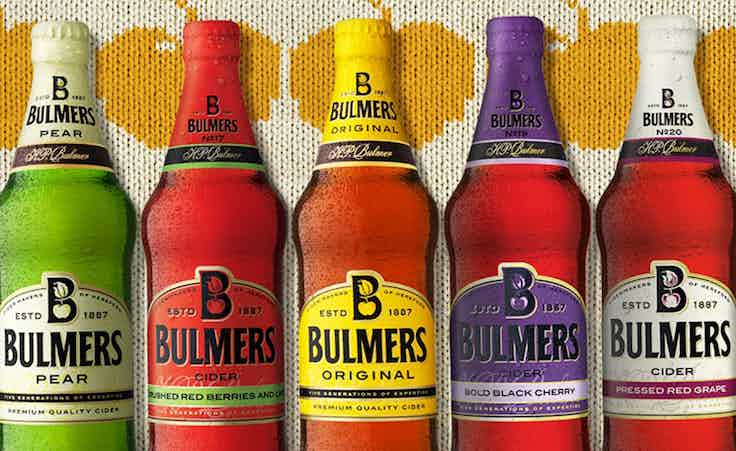