A 90-second global TV spot titled “The Match” shows how far a fan will go to watch the big match, marking the brand’s ninth consecutive year as a sponsor of the UEFA Champions League, which is watched by over 4.2 billion people around the world according to the brand.

Along with a teaser film starring Barcelona soccer star Xavi, the ad is a call to action for the brand’s digital push which evolves the campaign of the last two years, which invited fans to interact with soccer stars and celebrity ambassadors via Twitter during matches in an effort to get people to use social media and mobile devices to improve the home viewing experience.

The new campaign looks to evolve the in-game Twitter Q&A to the full match day according to the brand, and will attempt to create social engagement by releasing content in the pre-game build up and during post-match debates. It will continue to offer live match “commentary” from nine football legends, and says it will add celebrities and “unexpected guests” from locations all over the world during every match week until the final.

Hans Erik Tuijt, global activation director for Heineken, said: “The games are social occasions that last longer than just the 90 minutes on the pitch. Fans’ match day rituals are important and we want to help them make the most of the whole experience, not just the match itself.

“We want to encourage fans to host the ultimate match nights – be that at home or in bars; watching the matches with friends.”

In addition to the digital campaign, the campaign will extend beyond Europe through the UEFA Champions League Trophy tour around the world, with promotions giving fans the chance to win prizes during matches, including tickets to the final and a trip to Ibiza for Heineken’s last #ChampionTheMatch party.

The brand has used social, specifically Twitter, outside of the sports realm in many of its recent brand campaigns to drive engagement with consumers.

In July, it launched @wherenext, a Heineken-branded “real-time” discovery Twitter service to give consumers recommendations on where they should go on nights out. 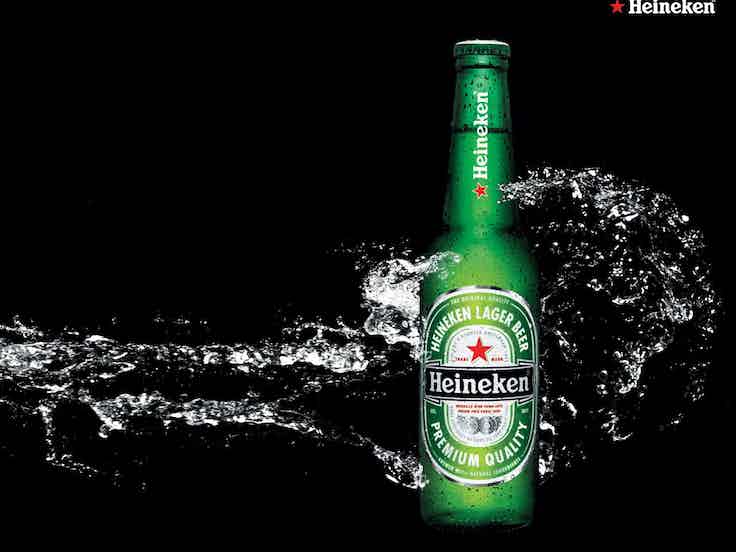 Despite declining sales, Heineken UK is committed to being a “serial” product innovator as it looks to grow the beer and cider category and maintain its premium pricing.

Heineken is looking to push the entrepreneurial roots of its Sol beer by championing a branded search engine that suggests the best local independent cafés, bars and restaurants according to user’s locations and preferences, a move it hopes will create news sales opportunities for the lesser-known beer.