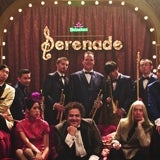 The “Serenade” app, which will be backed by a television campaign in the US, lets fans send one of 640 songs in 20 languages as a date invite to their Valentine.

It is one of several apps planned to “ignite the digital conversation” with young men on Facebook by focusing on topical content from around the world.

Cyril Charzat, senior director for the global Heineken brand, says that the brand is shifting from the consumer orientated approach adopted in typical beer advertising to social media-based activity around events and actions that young men can relate to.

He adds: “It’s clearly an interesting hook for a brand like Heineken to tap into events like Valentine’s Day for tactical executions.

“We want our Facebook profile to be the hub of all our conversations with our consumers and are using events like Valentine’s Day as well as last month’s Australian Open final and the Champions League final later in the year to generate tactical content to target young adults around the world.”

The campaign marks the brand’s second big Facebook campaign since it agreed a global partnership with the social network in December to explore new ways to engage with consumers.

To determine what song is sent using the Serenade app, participants must answer five questions including, who they would like to take on a date and why their chosen date should step out with them.

Facebook activity will be supported by an 8-hour YouTube event, Serenade Live later this month, where fans will be send personalised songs to one another live.

All featured songs – on both the app and during the live event – will be performed by Paul “Kiss” Kissaun, the same singer that appeared in Heineken’s The Date TV spot last May.

Given BlackBerry’s poor performance, the double departure of brand owner Research In Motion’s co-CEOs Mike Lazaridis and Jim Balsillie (MWlinks.co.uk/ BBCEO) smacks more of a quick dash for the exit rather than what the former describes as “passing the baton”. One of the problems is that the BlackBerry brand has lost its USP. Rival instant […] 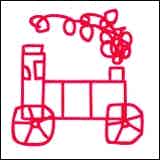 Disability charity Scope has revealed a user-generated brand identity in a move that will see its logo replaced by a combination of more than 60 “visions of the future” created by disabled people and their friends and families. 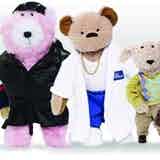