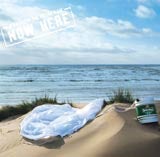 Heineken is believed to be close to appointing former Scottish Courage marketer Simon Rhodes as its marketing director, following the departure of Leslie Meredith.

Meredith quit to return to her native US at the end of January and the brewer has been looking for a replacement since then.

Although Heineken says it has not officially made an appointment, the job is expected to go to Rhodes, who was group director of marketing and sales at the financial services company Liverpool Victoria from 2000 until last year.

Before that, he held senior marketing jobs at insurance companies AXA, Guardian Royal Exchange and PPP. However Rhodes does have form in the brewing industry – until 1997 he was brand director of lagers at Scottish Courage, and before that worked for food group Van den Bergh, part of Unilever.

Heineken is in the process of developing a global brand, two years after Whitbread stopped brewing the weaker British version of the lager and the beer was relaunched as the five per cent alcohol by volume drink sold in the rest of the world. Clemmow Hornby Inge handles Heineken’s UK advertising business, worth &£4m (MW July 29, 2004).

Over the past couple of years, newspapers and magazines have been full of the rise of China as an economic superpower. Already dominant in toys, sporting goods, small electrical goods and, increasingly, textiles, the country is poised to conquer the automotive and computer industries. Chinese brands are growing in importance as the nation moves away […]

Snack brand Walkers Sensations launches an advertising campaign this week to promote its new flavour – roast onion and balsamic vinegar. The ad, created by Abbott Mead Vickers.BBDO and directed by Paul Weiland, of Mr Bean fame, features Tara Palmer-Tompkinson tucking into the new variant. She is shown indulging in some ‘me-time’ as she crunches […]

The Number 118 118’s UK chief executive, Chris Moss, is being promoted to European chairman and will handle the company’s European expansion programme.