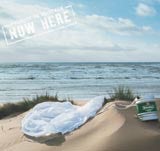 Dutch beer brand Heineken is changing its 500ml can to 440ml next year, in an attempt to align itself with rival brands Kronenbourg and Stella Artois in the premium lager sector. Heineken’s five per cent premium range 500ml cans were rolled out early this year as part of the brand’s revamp away from its watery, low-alcohol image.

The price of the revamped cans is also expected to be lowered when the format is introduced on the shelves next March.

One industry insider says: “The 500ml cans of Heineken were the unique selling point for the revamped brand, so I don’t understand the strategy to downsize.”

Marketing director of Heineken Leslie Meredith says that she is reviewing the company’s range of pack formats. “We are looking at the possibility of a 440ml can. It is not about downsizing the 500ml can,” she adds.

The brand has signed up as the official sponsor of the British Olympic Association. The deal is part of the E50m (&£34m) global investment that Heineken will be making in the 2004 Olympics. This will include the BOA logo appearing on Heineken packs and bottles from March 2004 (MW last week).

Heineken was first introduced in the UK in 1969 as a low-alcohol alternative to traditional British bitter and stout. Early this year it began its &£5m relaunch with a multimedia advertising blitz, created by Clemmow Hornby Inge. Media planning and buying is handled by MindShare.