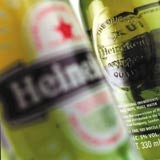 Heineken is expected to appoint Interbrew marketer Iain Newell as marketing director, despite his recent promotion at the rival brewer.

Newell was made UK and Ireland innovation manager in January (MW January 27). However, he is being lured to Heineken to fill the role left vacant by Leslie Meredith, who has returned to the US.

His new role at Interbrew was to act as the link between concepts being developed globally and the UK market.

Heineken is in the process of developing a global brand. In the US, it plans to launch Heineken Premium Light Lager this year to meet the demand for lighter beers with fewer calories and carbohydrates.