The brewer is challenging 18-to-24 year old drinkers to tap into their “party instinct” for three convention-twisting parties in London, Warsaw and Milan over the next month.

Each event uses a mix of sensory tricks and conceptual designs to challenge peoples’ expectations of parties, ranging from twisting their perception of time to recreating a bespoke hotel experience. Content will be captured during the parties and pushed out online after the initiative ends to help expand on the edgier positioning for the Desperados brand.

The aim of the parties is to drive sampling beyond the normal experiential methods in order to foster loyalty among younger, trendy drinkers. The parties serve as the Jack Morton-created experiential component of the beer’s #partyinstinct campaign, which also spans social media and PR.

Desperados’ plan to convert party buzz into loyalty is one already adopted by rival Cubanisto in the UK. The AB InBev-owned beer opted for the experiential-led marketing plan for its March launch and claimed at the time it was a more cost-effective route than the traditional media-intensive plan. It has hosted several parties since and plans to continue with the unusual strategy in 2015 to try and forge a reputation for hosting memorable events.

Spirit beers are sweeter than mainstream brews, making them a key way of recruiting younger drinkers who have not yet developed a taste for beer. Growing demand for sweeter alternatives is expected to push the flavoured on-trade market to be worth £400m by 2016, according to alcohol consultants CGA Strategy, with core consumers coming from the 18-to-25-year-old group.

Consequently, Heineken and AB InBev have moved into the space with unconventional marketing plans designed to reflect the music and social lifestyles of their target audience.

Separately, Heineken revealed “unseasonably wet weather” in Europe had dented sales in the three months to September. Total sales fell 1.5% to @5.1bn in the period. 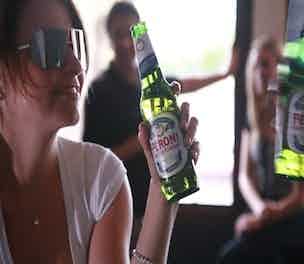 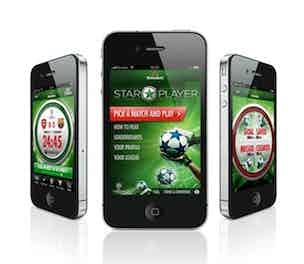 Advertising Week 2014: Heineken is set to serve ads that fit the look and feel of individual mobile apps and sites after seeing native posts for its Desperados beer spark a 23 per cent jump in brand awareness.