Organising body Premiership Rugby confirmed the deal today (11 April) after European club rugby officials resolved a two-year disagreement to replace the existing international tournament structure. It will see the creation of the region’s elite competitions the European Rugby Champions Cup and the European Rugby Challenge Cup from the 2014-15 season.

The tournaments will not have a title sponsor and instead sign four to six major partners.

It means Heineken will have to renegotiate with rugby officials to continue its ties to the sport, although it is understood initial discussions have already taken place about the beer brand activating around the new events. Additionally, Premiership Rugby commercial executives have already spoken to potential partners about sponsoring the tournaments, however, no deals have been agreed as of yet.

An association called the European Professional Club Rugby (EPCR) has been formed to assume commercial oversight for the new competitions. Organisers are said to be confident of signing lucrative deals, which some reports say could see revenues jump by as much 50 per cent in comparison to the previous model.

Dominic Hayes, commercial director of Premiership Rugby, told Marketing Week those estimates were not “wide off the mark”. The confidence stems from the £152m four-year broadcast deal signed by BT Sport last year, a 50 per cent improvement on the previous tie-up the organising body had with Sky and ESPN.

Hayes adds: “By moving from the traditional model to a multi-partnership approach we can engage powerhouse brands to utilise the reach and experience they have to drive the profile of the tournament. We see that with the Champions League time and time again as a result of how the likes of Heineken and Gazprom activate around the tournament.

“Rugby is well established in key markets around the world and what the commercial model does is lay a pathway for the sport to expand beyond those traditional borders.”

The commercial deals will look to push rugby into emerging markets such as Russia and Portugal at a time when the sport’s profile is on the rise off the back of a fresh broadcast offering from BT Sport, next year’s World Cup and rugby being an Olympic Sport at the 2016 Games.

Commercial rights to the tournaments are being updated to fuel the charge with sponsors set to be offered a broader remit to produce digital content using behind-the-scenes content.

The announcement confirms the end of the Heineken Cup after its future was first cast in doubt last June when English and French clubs announced they would quit, unhappy with the split of revenues from broadcasting rights and sponsorship deals. Premiership Rugby previously told Marketing Week it was confident of securing a title sponsor for the proposed breakaway competition. 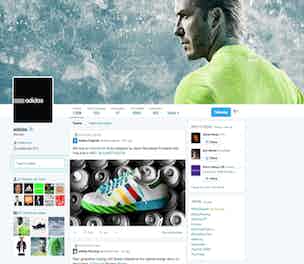 Adidas, HP and Microsoft are among the first brands to trial Twitter’s revamped profile pages, which focus on imagery and popular tweets as the social network ramps up efforts to increase user dwell time. 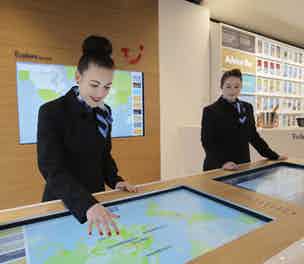 Holiday company Thomson is to pursue an aggressive modernisation and investment programme in the next 12 months in a bid to offer “better value’ to its customers rather than pursuing the “cheap deal” route.