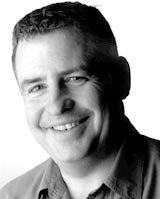 It is not known whether Clare has another job to go to. He was unavailable for comment as Marketing Week went to press.

Clare was only appointed chief executive of Heinz’ European retail division in February this year (MW February 1), after a management reshuffle aimed at streamlining global operations. The company is now focusing on regional leadership and local focus.

Clare was previously head of European grocery, before his promotion to overseeing retail. He reported to Dave Williams, president of Heinz Europe and Africa.

Clare was also named temporary area director for the UK and Ireland in February, but that position was handed to company veteran Peter Bowen in May.

Bowen has worked at Heinz for more than 20 years, and has held positions in all of the company’s core categories.

General manager of corporate marketing and communications Eric Salamon has also retired from the company within the past month. Salamon, who previously worked at Polycell, Trebor Bassett and Mars, was appointed general manager in charge of beans, pasta and ketchup by Heinz in 1990.

The European Sports Consultants’ Association (ESCA) has accused the UK’s major political parties of lacking a “concrete commitment” to sport. The body, which regulates the sports sponsorship industry, believes New Labour, the Conservatives and the Liberal Democrats are merely paying lip-service to sport in their General Election manifestos. Nigel Curry, director of ESCA, says: “What […]

The Diary had heard that toy maker Hasbro’s latest product idea in the US aims to do for good taste what George W Bush hopes to do for the environment. In order to cash in on – sorry, commemorate – the Japanese attack on Pearl Harbor, which has just been dramatised in a film of […]

Dominic Owen, former head of marketing communications at BT, has quit his post as marketing director at business-to-business office supply e-company Grouptrade.com. Owen, who joined the company last year, is understood to have left the business of his own accord. The company has recently laid off 20 per cent of its staff, citing the need […]