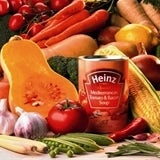 Heinz has appointed David Woodward, sales director at Procter &amp; Gamble, as the president of Heinz UK and Ireland.

He replaces Jane Miller, who stepped down last month after just a year in the role.

Woodward, who takes over on June 26, will also be part of Heinz’s European leadership team. He will report to Scott O’Hara, who is Heinz Europe president and chief executive, and executive vice-president of H J Heinz Company. O’Hara has been acting as interim UK president.

Miller, who left for personal reasons, was brought in last May after former UK president Stefan Barden was moved to focus on strategy. He has since joined Northern Foods.

Miller has faced a number of issues during her tenure including a major strategic review of Heinz’ frozen food and seafood arm in Europe and the acquisition of HP Foods.

She also created a marketing council, which she headed (MW September 29).

Prior to joining P&amp;G, Woodward was the vice-president customer strategy and innovation at Gillette Group International in Europe. He also spent eight years at Coca-Cola Enterprises. O’Hara says: “He demonstrated ability to deliver results in the UK and Ireland region. That and his extensive knowledge of the consumer products industry there make him the ideal candidate to take on this pivotal leadership role.”