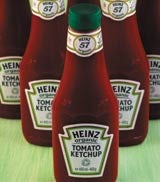 Heinz is seeking an advertising agency to launch its first range of low-carbohydrate products, called Carb Check. It is not known if Heinz is talking to its roster agencies Leo Burnett or WCRS.

It is understood that the company is in the very early stages of the review. It is also unclear how much the business will be worth but it is likely that the products will be supported with a significant investment. The media business is expected to be handled by Vizeum, which won the account for Heinz in northern Europe earlier this year (MW July 29).

The range, which is expected to be launched later next year, is likely to comprise low-carbohydrate versions of its most popular products, such as Baked Beans and Salad Cream. It is also likely to lead to the UK introduction of One Carb Ketchup, which was launched in the US last year with a view to bringing it to the UK if it proved popular (MW October 9).

The low-carb food sector has become increasingly competitive over the past year despite suggestions that interest in low-carbohydrate diets has waned. Several major food manufacturers, including Unilever Bestfoods (MW March 18), have launched ranges this year and Atkins Nutritionals, the food manufacturing arm of the diet business, has recently hired its first marketer to help the brand fight the competition (MW November 18).