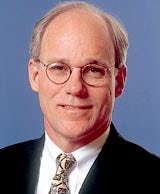 HJ Heinz has appointed company veteran Peter Bowen as area director for the UK and Ireland, with overall responsibility for marketing in the region.

Most recently, he was area vice-president for Heinz Middle East and India. He will retain responsibility for that region until his replacement is found.

Williams says: “The addition of Bowen reinforces the geographic management of our business across Europe, and we will continue to emphasise strategic category planning and development for profitable growth.”

Leo Burnett has created a new ad campaign for Heinz Salad Cream with the strapline: “Vintage 1914”, emphasising the brand’s authenticity as the “original and best-tasting” salad cream.

The TV ad forms part of a &£5m spend on the brand this year. Media is through Starcom Motive.