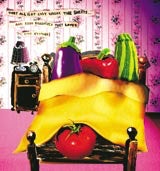 The company has owned most of the brands up for review for less than ten years, but it says they are no longer part of its European core strategy, which consists of ketchup, condiments, sauces and its Heinz’s baked beans and soup ranges.

The “strategic review”, which encompasses its entire frozen and seafood range across Europe, illustrates a desire to concentrate on leading products.

It seems likely that most of the brands affected will be sold, although Heinz says the review will consider options that maximise a brand’s value. Nevertheless, the review means an uncertain future for 7,000 Heinz employees working on the brands.

Marketing troubleshooter and co-founder of Freestyle Rob Rees says such a review is long overdue at Heinz. Large food businesses need to concentrate on their leading brands, he says, and the cost of marketing peripheral products can hinder growth. He adds that companies such as PepsiCo and Unilever focus on top brands that deliver good returns.

Spending money on marketing and pushing individual brands such as Linda McCartney or Harry Ramsden’s has no benefit for other Heinz products, says Rees, whereas promoting products with the Heinz brand, for example soups, will raise the profile of other products carrying the brand.

Catalyst director Nick Cloke says that many of the brands in Heinz’s review, such as Linda McCartney, are in areas where supermarkets’ own brands are strong. While John West is a leading name in tinned fish, that sector is again one in which own-brands are strong, he says.

Cloke believes that in order to develop, John West can only really move into the frozen or chilled markets. However, Young’s is the market leader in frozen fish products, and retailers are not keen to take on new brands in this sector.

Cloke thinks it may be hard to find a buyer for some of the Heinz brands, but Rees predicts that venture capital groups such as Hicks Muse Tate &amp; Furst will snap them up. What that means for the brands remains to be seen, but it could be a case of John West – gone west.

Having been brought up on Tom and Jerry cartoons, the Diary clearly remembers the horror of discovering that real cats do possess the skills to capture and kill mice (and, for that matter, that real mice tend not to have French nephews that visit them and paint caricatures of the cats in question). One cat […]

Spirit Advertising has been appointed by The Procurement Group to develop a launch marketing campaign based around the company’s promise to reduce bottom-line costs.

Cadbury Trebor Bassett is facing a potential backlash from both the trade and consumers over its under-99 calorie chocolate bars because the products are smaller but more expensive than the original versions. Industry insiders say that the initial consumer interest in the 17.5g versions of Dairy Milk, Dairy Milk with Mint Chips and Bournville will […]