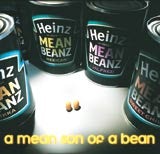 HJ Heinz is to axe its &£25m advertising budget for the foreseeable future as it carries out a strategic review of the business, following the &£470m acquisition of HP Foods last month.

The food giant will continue to invest only in trade marketing, such as in-store support and promotions, for the duration of the review. It is understood the company made the decision at the end of last week and that it is effective immediately.

A spokeswoman for the company confirms the company’s advertising has been put on hold. She says: “Heinz has decided to freeze all above-the-line marketing spend while it undertakes a complete strategic review after the completion of the HP acquisition.”

It is not clear when the company plans to start advertising again, but it is unlikely to be before the end of this year. The spokeswoman says advertising will be reviewed as part of a broader plan once the strategic review is completed.

It is not clear what the decision will mean for HP Foods’ marketing and advertising. The company, which includes the Amoy, HP and Lea &amp; Perrins brands, is currently reviewing its &£6m advertising business and is thought to be close to appointing start-up agency Beattie McGuiness Bungay.