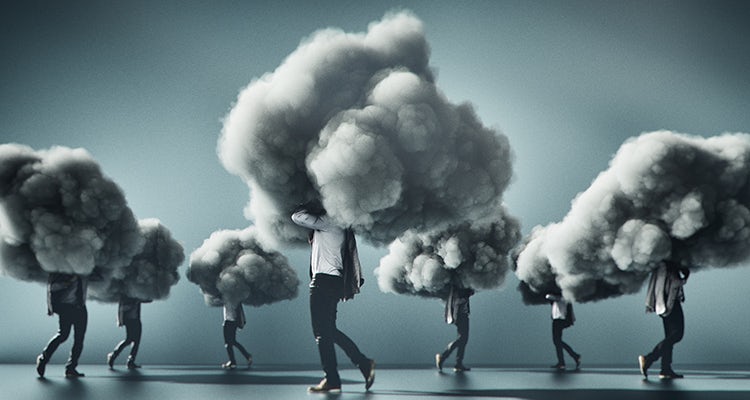 Advertising creatives have blind spots – collective ones – that lead them to converge on curiously similar solutions for certain targets, tasks or media. It’s as though they can see the challenge only fuzzily, like driving while peering through an old sock.

Unsure of where the guardrails are, and fearful of the sheer drop beyond, they steer rigidly by the tail lights of the driver in front – who, in turn, is doing the same.

Here are some of the blind spots I come across most often – followed by some thoughts on how marketers can work harder to provide a bit more illumination.

This is beyond the normal ad-to-consumer scope that is the stuff of 95% or more of agency briefs – an interesting thrill at first, but one that quickly disorientates. Creative teams don’t know what it’s like to run a small business – but hey, how hard can it be, they deal with them every day, don’t they? From this point, the tail-light solutions filter their way in.

Though they won’t deliberately copy, their ideas will follow where countless have gone in the ‘small biz’ remit before – for banks, insurers, telecoms providers. They will without fail feature business-to-consumer examples, with a default to the colourful ones. There will always be a florist. And I mean always. There might, in addition, be a bakery, a craft brewery, or something equally artisan and camera-friendly.

What will also be missing is the innate drama of business, the gut-wrenching demand-side lurches, the spreadsheet peaks and troughs, the inner turmoil of those involved – usually played out against plain office backdrops that give little hint of the emotional tensions within. By defaulting to the picturesque, in a world of happy floristy smiles, creative teams inadvertently denude creative execution of relevance, intrigue and grit.

People over 60 make up over one fifth of the UK population. Only in exceptional circumstances will you see someone over 60 in your agency, and usually because they have their name on the door.

Your creative team will typically be in their 20s or early 30s, and in striving to communicate with your older target they are embarking on a journey of empathy for which they are horribly ill-equipped. The creative director seems old to them, with an age that probably starts with a four. Feeling for a grasp of what it’s like to be decades on even from that, they probe earnestly for reference points, like the girl in the Elvis Costello song who “looked like she learned to dance from a series of still pictures”.

What do old people wear? Straw hats. What do they go around doing? Laughing inanely, not a care in the world. How do creatives know this? Because they’ve become dimly aware of it in the executions done by creatives before.

As an alternative, teams will sometimes follow the tail lights to the default destination at the other end of the old-person spectrum: showing amazingly in-shape female octogenarians defying biology by lifting heroic weights or tying their bodies in yoga knots. The word ’feisty’ will be much in attendance.

Again, it’s the in-between reality, the earthier hues and everyday mini-dramas – that space where true empathy lies – that won’t get a look-in.

This time it’s a medium, not a target, but the cause of the myopia is the same: unfamiliarity. Creative teams don’t get briefs for bus sides or Tube posters that often; it’s a novelty. So instead of asking the questions they would for any other media choice – ‘How can our work stand out? How do we make the proposition arresting?’ – they begin with deliberations about the medium itself. ‘Hey, these things move about. Cool. Maybe we can somehow play off that’.

From that point, they slide towards adherence to the unwritten rule that ads on transport media must always reference the medium. So they devise their versions of the ‘three come along at once’ line for a bus shelter, or the ‘stops you in your tracks’ idea for a Tube poster.

TV ads don’t talk about ‘telly’, and digital ads don’t start by acknowledging that you’re on a device. But give a team a transport media brief and you can be pretty sure what you’ll get.

For a marketer, creative blind spots either mean that you get, at best, an acceptably fresh variation on the usual norm or, at worst, another clichéd execution that makes you look just like all your competitors.

The first thing we can do to help is accept some responsibility. Marketers are the people with the most in-depth understanding of consumers and we need to find more imaginative ways to convey that directly to creative teams (see below). Often, our lazy pen portraits aren’t that much more revealing than the old sock.

It sounds obvious, but you’d be surprised at the power of assembling a montage of all the clichéd work that’s out there – whether by target or medium – then sitting down with the planner and creative director and making it clear that it is precisely what you do not want.

The other way we can give a little is with time. Creative people are not wilfully blind, but they may need longer to internalise the nuances in situations with which they are personally and professionally unfamiliar. Don’t rush them.

And the above in triplicate if you happen to find yourself briefing a transport media campaign aimed at small business entrepreneurs over 60. 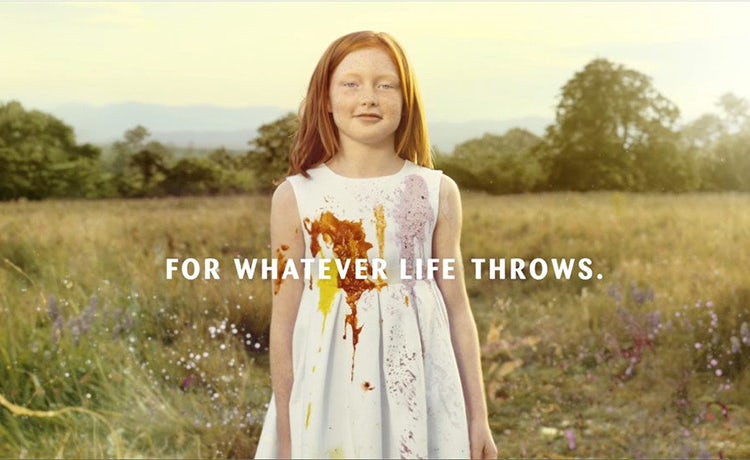 How to give better briefings

Banish those blind spots by giving creative teams a richer picture of your target as part of the briefing. Here are four ways to bring the consumer to life.

Do what consumers do

Immersing creatives in an activity with the consumer often allows them to see more subtle nuances in behaviour and attitudes than words on a briefing template will allow for.

For the Mexican beer brand Dos Equis, Fallon Minneapolis took creatives out drinking one night with some target consumers. The evening led to the realisation that anecdotes were their social currency, and that they’d rather be dead than dull. From this stemmed the acclaimed creative work based on the fictional character known as ‘The Most Interesting Man In the World’.

Go where they go

Sometimes replicating consumer situations can be an effective way to put creatives in their shoes and drum up some of the associated emotions.

For Persil, creatives from MullenLowe London were prised away from their laptops to spend an afternoon in the park. This helped to dramatise the issue that Persil seeks to communicate to parents with its ‘Dirt is Good’ approach: how kids today are increasingly trapped in front of screens and are missing out on chances to experience outdoor play and fresh air.

Interact with them on their channels

To gain understanding of how an audience really thinks and behaves, you often need to experience them communicating on the platform they’re most comfortable with.

Before briefing creatives on drinks brand Oasis, ad agency The Corner set up a WhatsApp group with teenage boys – the target demographic – and shared snippets of the conversation. The resulting campaign’s dry acknowledgement of its own objectives stemmed from the way teens in the group dismissed advertising for treating people like idiots, and from their mocking style of humour.

Staff will often tell you what consumers themselves won’t, so think of them as ethnographic researchers without the associated research agency fees. Whether it’s shop assistants, insurance brokers or cabin crew, all have unparalleled insight into the tics, traits and habits of users.

For Allevyn, a clinical brand providing dressings for chronic wounds, creative teams were shown footage of nurses describing the reality of life for older patients living with debilitating leg ulcers, helping them foster a deeper understanding of ‘the person behind the wound’. 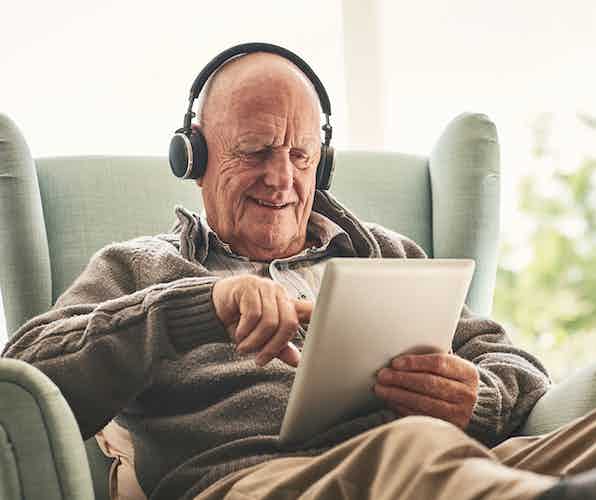 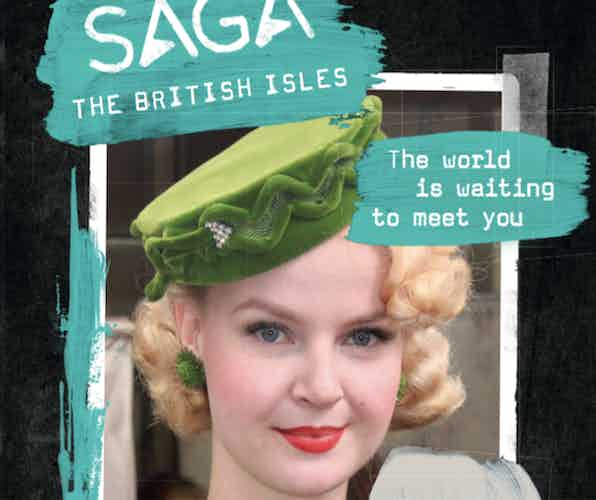 Loyalty isn’t synonymous with how often consumers buy a brand, according to Marketing Week columnist Helen Edwards, who told the Festival of Marketing there are various types of loyalty that marketers can exploit in different ways.