Every marketer should spend at least 10% of the budget doing something wrong. I don’t mean accidentally wrong, getting things messed up when your intentions were faultless all along. All of us are capable of that.

I mean intentionally outside the scope of what is normally considered sound commercial sense – pursuing tactics, strategies, innovations, sidelines, initiatives, campaigns or whims that either flaunt their detachment from proven canons of effectiveness or insouciantly ignore them.

What is the alternative, after all? To constrain every effort within previously mandated effectiveness tramlines – to become the vaunted ‘effectiveness culture’ where nothing can be ventured unless the gain is locked in, where some form of R determines every cent of I.

In corporations where other disciplines such as finance and operations are, indeed, highly disciplined and marketing is seen as a bit of a flaky punt, the development of an effectiveness marketing culture is understandable and, up to a point, admirable. But before going the whole hog, at least consider the limitations that a messianic focus on effectiveness can foster once it gets a hold.

Nailing the ‘alligator pitch’: Marketers on sharing the effectiveness message

An effectiveness culture locks in ends, not just means

It is axiomatic that a culture where a certain approach has proven effective will continue with that approach until new information contradicts it. The means will become fixed – honed, perhaps, but broadly unchanged.

What is less obvious is that the ends will tend towards ossification, too. If you’ve found an effective way to achieve a certain preordained result, you are not going to say, ‘well, let’s radically change the goal’. You will have invested too much time and pain in working out how to best achieve this one.

That’s not terrible but neither is it optimal. It could render the business and the brand vulnerable to those who might come in and transform the entire dynamics of the category – establishing a new ‘ends paradigm’ while you were obsessively focused on more effectively delivering the old one.

An effectiveness culture can deter entrepreneurship

To pursue effectiveness, you have to know what your objective is. Without it, you have nothing to measure. ‘Effective at achieving what, exactly?’ would become the refrain. That may seem uncontentious. Surely, knowing and clearly defining your objective is a business fundamental.

It is in the corporate world, but not for entrepreneurs. In her research into the ‘entrepreneurial mindset’, Saras D Sarasvathy of the University of Virginia contrasted the ‘causal’ thinking patterns typical of managers with the less linear reasoning of entrepreneurs.

Good managers select the best of the available routes to a desired, agreed goal. Entrepreneurs don’t bother with an objective at all, but start with a set of circumstances and imagine a range of potential end points from there. You won’t know which one they’ll run with because they won’t know either, at first.

Chief executives are fond of calling for their marketers to ‘be entrepreneurial’. But by encouraging predetermined objectives and measuring only against them, they are unwittingly dampening down the true entrepreneurial spirit, which prefers to keep possibilities open.

An effectiveness culture isolates the measurable

Show me a market and I’ll show you a mess. The ultimate skill of a great marketer lies in the conducting of fusion amid the chaos, understanding not just the various inputs and levers but the relationships between them and the potential effects of small variations and rebalances.

Show me a market and I’ll show you a mess

It is a skill because, as probability guru Nassim Taleb observes, in complex systems, “the ensemble behaves in ways not predicted by its components”.

But effectiveness measurements tend to isolate a single component at a time. It’s not just that people ‘do what is measured’, as the axiom has it, but that they measure what is easily measurable – which is why the effectiveness culture is so often talked about as a facet of digital transformation. Digital inputs are easier to isolate.

But not everything is digitally mediated and the effects of relationships – the synapses between the variables – are notoriously hard to capture and quantify. Yet they are often what matters most.

An effectiveness culture is blind to the margins

I have just spent two years researching and writing a book on marginal behaviours and fringe ways of life – because these can often point the way to the future.

Marketers might find many of them fascinating and stimulating – the naked world of naturists; the tribe of zero-wasters, who strive to get all their family’s weekly recycling inside a single jam jar; people who live without possessions or people who choose to wear the same thing every day.

Perhaps marketers could look to the margins for clues about innovation within their own categories – but fringe behaviours like these are hardly likely to justify research expenditure in the context of an effectiveness culture. They are just too small.

But that’s what you’d have said about veganism a few years back, and look what happened there.

Almost half of marketers say brands ‘too focused’ on ROI

Maybe it’s just me, but the language of effectiveness seems to suffer from an excess of sobriety. To watch the videos or read the reports of those who lobby for its adoption is to be on the receiving end of the dead lexicon of ‘optimisation’, ‘roadmaps’, ‘processes’ and ‘pillars’.

You won’t hear mention of serendipity or imagination or courage, let alone passion and belief.

But the good news is that, in marketing, a little of these more emotional shades goes a long way. It’s not that we are about to inform the board of our intention to eschew objectives, pursue hunches and throw caution to the wind throughout the totality of our marketing endeavours. For a good 90% of it, we’ll let the tenets of effectiveness hold sway.

But for that other 10% of the budget – whether financial or temporal – we’ll experiment, we’ll explore, we’ll dare, we’ll try things that can’t immediately be justified, offering only the metrics of ‘maybe’ to back up our convictions.

We’ll do something wrong. And perhaps, just possibly – who knows – that might lead to getting something totally, unexpectedly, spectacularly right. 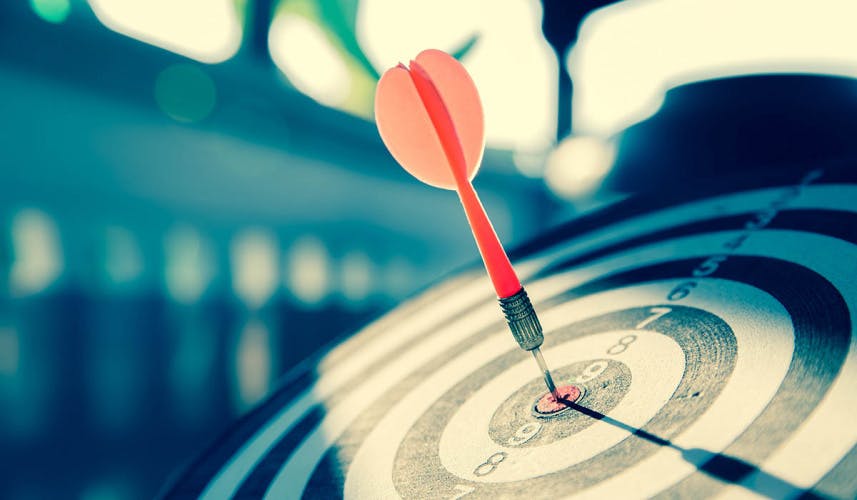 Now in its second year, the IPA’s Effectiveness Roadmap urges brands and agencies to join forces, as the “marketing of marketing effectiveness” remains a concern.