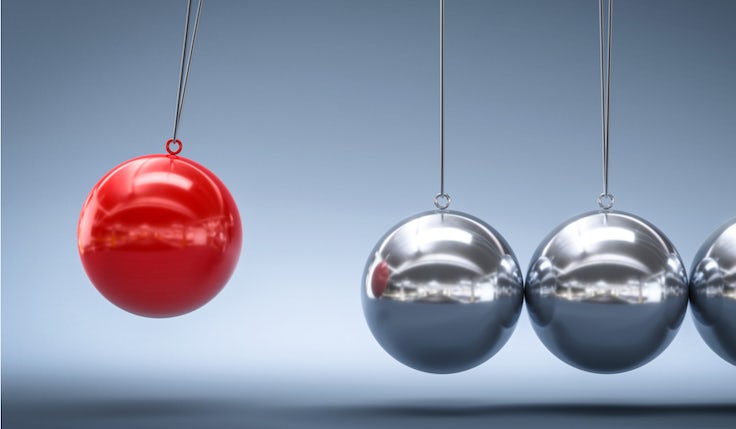 It isn’t nice to be nudged. I’m talking about the physical kind here, the unmistakable human shove of body on body, shoulder on shoulder, accompanied by that indignant, self-righteous sigh, to let you know you have transgressed some kind of social norm in a queue or on a crowded train. Even pre-Covid, it would hit your defences like a low-level assault, arousing an awkward emotional cocktail of surprise, guilt and affront: ‘What have I done?’

It could be effective though, cutting through more viscerally than words to prompt you to move or adjust, perhaps with a meek smile or apology. It could also go wrong. Any sense that the assault was unjustified would be met by standing your ground, digging in, or even nudging right back: a high-risk human strategy lending some drama to low-stakes human interactions.

Nudges of the other kind aren’t anything like that though. I am talking now about the ones espoused by the proponents of behavioural nudge theory – or ‘choice architecture’, as it is sometimes known. Here, there is nothing so obvious or crude as a felt gesture – in fact, nothing sensate at all. The ‘nudge’ is mediated imperceptibly through the order of options in a list, or the way a question is framed, or the default setting for a standard decision.

The aim is to encourage you to do ‘the right thing’. No persuasion needed, no argument mounted, no subject raised. Behavioural economists Richard Thaler and Cass Sunstein, in their 2008 book Nudge, claimed that the theory could help people make “better choices” in areas of life such as diet and organ donation. David Cameron was a fan, setting up a ‘nudge unit’ at Number 10 to guide people to do what his government considered good and right – though what those things were, there is no way of knowing; if they’d communicated them, it wouldn’t be a nudge, would it?

Well, give me the physical kind any day. At least you know when you’ve been nudged – properly nudged – and you know, or have a fair idea of, who has done the nudging. You make your decisions from that point based on your analysis of, or intuitions about, the situation. Nice it may not be, but it is immediate, obvious and out in the open.

Nudges of the covert kind, conversely, are not merely unannounced but underhand; you are being manipulated by an unknown entity, in an undeclared sphere, without recourse to consideration, reflection or analysis. The notion of ‘the right thing’ in the wrong hands could mean something against your better interests – but very much in theirs.

As with all the concepts that have flowed in recent years from the behavioural sciences, I tried at first to take nudge theory seriously and to think how it might be applied to our discipline. But it didn’t help that the commercial examples that peppered the enthusiasts’ PowerPoint presentations – and still do – seemed, one way or another, grubby.

Nudges of the covert kind are not merely unannounced but underhand; you are being manipulated by an unknown entity, in an undeclared sphere, without recourse to consideration, reflection or analysis.

There’s that classic example of the restaurant wine list. The wine the management wishes to push – where the margins are relatively high – is carefully placed in penultimate position: the second least expensive option. This is because what the behavioural crew know about us all is that, while we do not wish to splash out, neither do we wish to appear, even to the waiter, as ‘mean’. So, the wine in bottom and cheapest place is a decoy; we feel OK about moving one up.

This is straight out of the ‘punter-is-a-mug’ school of marketing, to go alongside £9.99 pricing and the default settings on travel sites that require you to untick, rather than actively tick, the pricey insurance extras. Why can’t the advice to the restaurateur be to carefully describe all the wines on the list, pointing out with charm that even the cheapest is well made, and to trade a little instant profit for longer-term customer trust?

Then there is ‘the fly’. You know – you’ve seen it – the black housefly etched into the urinals of the men’s room at Amsterdam’s Schiphol Airport. By providing a ‘target’ in the right spot it encourages men to do ‘the right thing’ and desist from splashing all over the floor.

In a way that those behavioural geniuses never intended, this example indelibly fuses in my mind an image of ugliness with the whole nudge precept. What have we got here? Urine; flies (insect); flies (sartorial); splashing; and an unfortunate slant on what in other circumstances might be a noble fragment: ‘the aims of men’.

Leave aside my sensitivities, though; what makes this and many of the other well-rehearsed examples of nudge theory in action so bemusing is their impossibility of extrapolation. How do you draw a line from a drenched fly to your brand situation?

I’ve seen marketers try. I’ve witnessed them bring in the behavioural experts as part of a brainstorming away-day to trawl ways to finally prompt the customer behaviour change that could make such a big difference to their fortunes. But changing long-entrenched human behaviour is a hubristic shot at the best of times, even if you can throw at it every last resource in the corporate locker. Nudge theory – and pretty much every other theory from the behavioural sciences – is hopelessly underpowered to achieve it.

Nevertheless, I do believe that the concept of nudging has a place in our marketing lives. Only in reverse. Not us nudging consumers, but us being responsive to the nudges we get from them.

When calls drop off in the contact centre, that is a nudge to invest in more call handlers and capability.

When a consumer is attracted to a garment in a shop, picks it up, feels the fabric and puts it straight back down again, that is a nudge to improve quality.

When supermarket shopper numbers remain constant but basket size decreases, that is a nudge to introduce more imagination beyond the basics.

When potential customers get nine-tenths through your online purchase system but give up at the end, that is a nudge to simplify.

And when consumers hide your packs or decant what’s inside them, that is a nudge to invest in both the meaning and the aesthetics of your brand.

Despite the distance, these kinds of nudges are more like the real, physical thing than their behavioural science equivalents: unsubtle, unequivocal and unpleasant. You might not hear the accompanying sighs of frustration or disappointment, but you will soon enough feel the nasty dig in the financial ribs.

We can ignore these nudges, and watch our customers drift away. Or we can respond with unapologetic sensitivity: adjusting, improving, striving to move in sympathy with the people on whom our fortunes depend. With the best will in the world, we still won’t always get it spot on for them. But we might at least improve our aim. 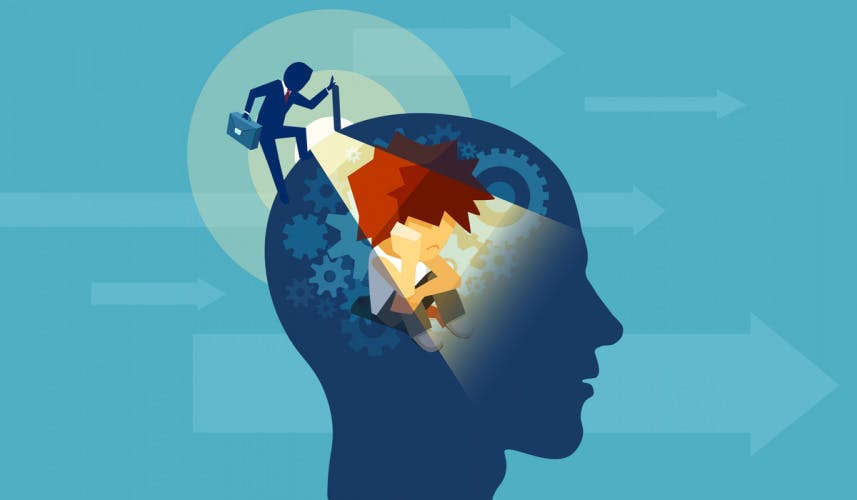 The Covid-19 pandemic has exposed the frailties of behavioural science and shown marketers are underestimating the significance of signs when it comes to understanding customer behaviour, Edwards argues. 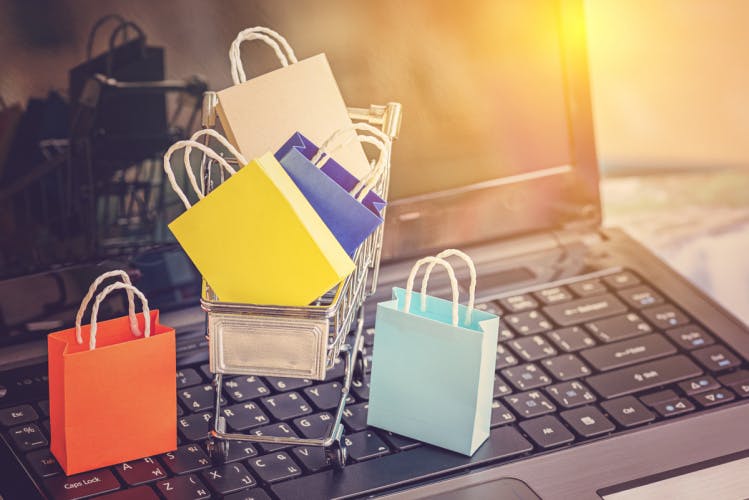 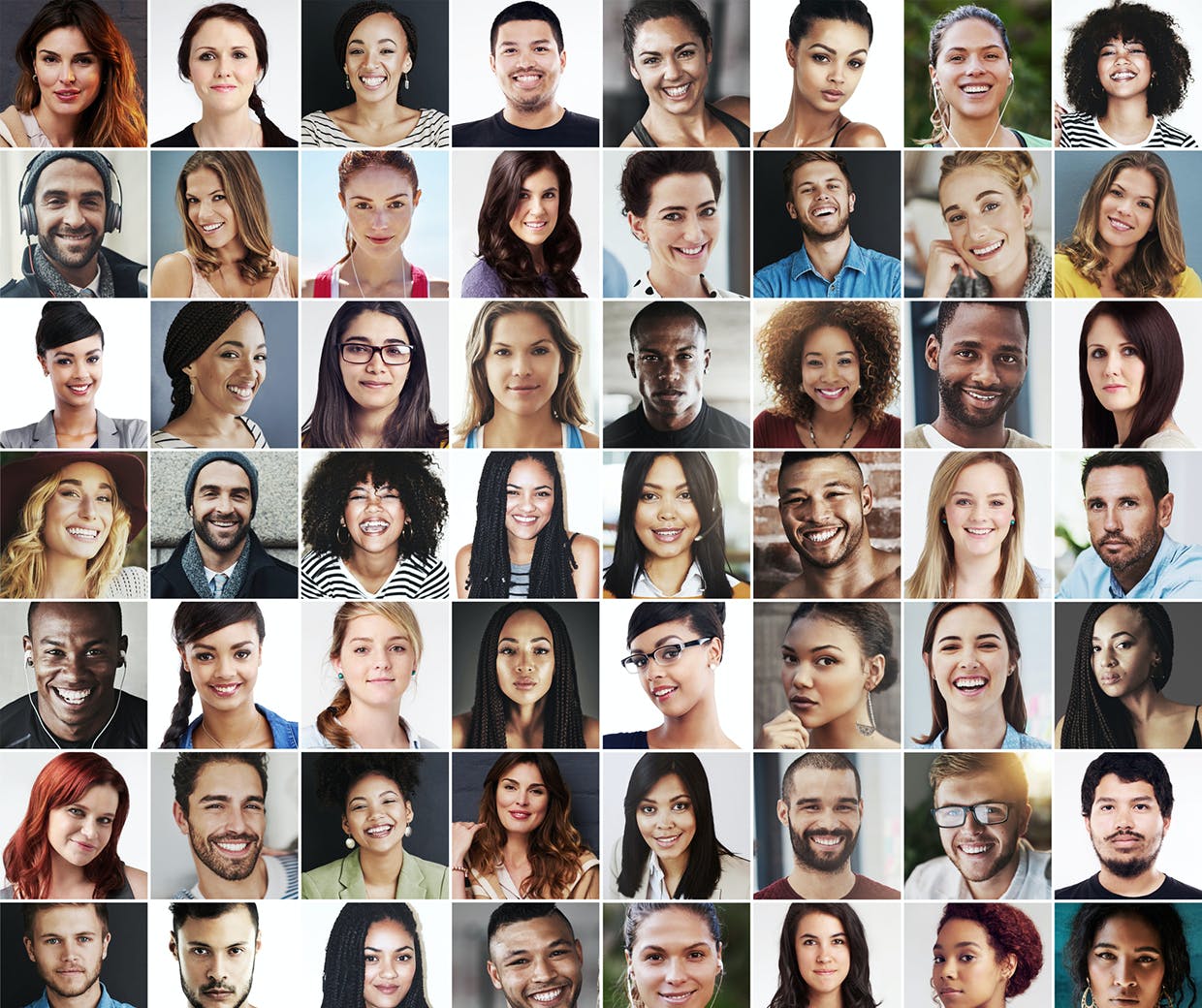