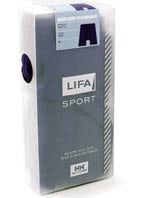 Norwegian outdoor clothing brand Helly Hansen has parted company with its global head of marketing Andy Towne after four and a half years. He has left without a job to go to.

His departure comes as Helly Hansen embarks on a sales push, having successfully repositioned itself as a younger brand over the past four years. Owner Invest Corp says it is keen to push sales and broaden its target market.

Towne worked on the overhaul of the brand’s image and its products, but he says it was by agreement that he quit the company.

Towne says that he has mixed emotions about leaving the brand. He is planning to take the summer off to spend more time with his family and says that he will look to return to work in the autumn.

Italian inventor Mario Moretti Polegato claims he has solved the problem of smelly feet. But is Britain image-conscious enough to care? Iain Murray has his doubts Having recently returned from a beach holiday, during which I sat in the shade, respectably clothed, and watched the world go by, I was reminded, as always on such […]

The Diary is tired of speech and script. The same two ways of communicating have had to serve since the abandonment of the caterwaul. And serve they have – the Diary’s abode would be a bare one indeed without the cash they have brought in. But there comes a time in life when change is […]