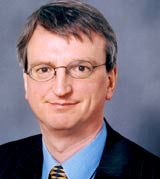 Help the Aged is to focus on developing its brand identity, following the appointment of former Bank of Scotland (BoS) marketer Steve Jones as director of communications and marketing.

Jones replaces Sandy Chalmers, who held the post of director of communications before leaving to pursue a career in freelance media.

In the expanded role, Jones – previously head of strategy and marketing for BoS’ business-to-business and e-commerce division – will be responsible for maximising the charity’s profile, and differentiating it from Age Concern, with which it is often confused.

“The charity sector is very crowded and we have to make sure our message is heard. Help the Aged recognises the need to ensure it keeps pace with the times,” he says.

Help the Aged’s campaign will be launched later this year. Jones says the brand overhaul will be “evolution as opposed to revolution” and is unlikely to involve a new logo or other identity changes.

Help the Aged last week announced a merger with medical research charity Research into Ageing. The deal is expected to provide a link between age-related medical research and practical support for the older generation.