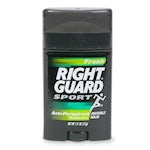 The appointment comes ahead of the UK launch of a new Schwarzkopf product next year. The agency will create a campaign to support the launch.

Henkel has previously used agencies from its global ad roster to work on its UK campaigns.

MCBD was appointed without a pitch.

In September, Schwarzkopf Live Colour teamed up with 4Music to take over all the ad breaks during five hours of peak programming time, in a cross-platform, brand boosting campaign to target young female consumers.

Previously Schwarzkopf signed up celebrity Lisa Snowdon as the face of the brand.