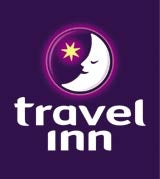 The appointment was made by Premier Travel Inn marketing director Gill Baker, after the company called an agency review last summer. OMD UK retains the media planning and buying account. Travel Inn previously worked with HHCL/Red Cell, which came up with the strapline “Your inn for a good night’s sleep” in 2003. The slogan was used in Travel Inn’s autumn outdoor and radio campaign that year (MW October 23, 2003).

The chain’s 450 hotels will all be rebranded by the end of next month and the company is ready to promote its new name to the public. Travel Inn changed its name after acquiring rival Premier Lodge from Spirit Group in July.

Tetley, the UK tea company part-owned by Tata Group, is trying to break into the UK’s high street coffee bars with the launch of Chaya, a range of Indian-inspired latte-style teas. Aimed at 25- to 35-year-old upmarket women, Chaya is sold as a concentrate to which hot frothy milk is added. Tetley expects it to […]

Tiger Beer, based in Singapore, has shortlisted agencies including Minerva, Immediate Sales and Fallon for its UK-generated advertising campaign.

Staples is understood to have appointed Clark McKay & Walpole to its £3m advertising account after the agency pitched against Joshua, Maher Bird Associates and RPM for the business.