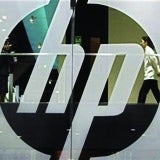 Michael Mendenhall, who was previously European vice president of global marketing at Disney for 17 years, joined HP in 2007 and oversaw marketing, public relations and branding at the company.

It is not yet known whether Mendenhall has a job to go to.

Previously the communications role did not report directly to the CEO and instead the chief strategy officer, but the position has now been elevated.

Hurd resigned after a company investigation found he had violated HP’s business conduct standards and he then went on to join rival Oracle last September as co-president.

A HP spokesman declined to comment on Mendenhall’s resignation or Wohl’s appointment at this time.