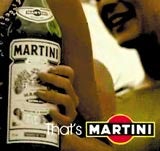 Bacardi-Martini is looking for an advertising agency to handle its &£2m Martini Vermouth creative account, after parting company with HHCL &amp; Partners.

HHCL, which won the Martini business in 1995, will continue to handle the &£4m creative account for Metz, the pre-mixed schnapps drink. The agency has also been appointed by Bacardi-Martini to work on product launches.

It will also retain the creative accounts for Martini’s brand extensions, V2 and Martini Citro, neither of which has been supported by advertising in the past two years.

McCann-Erickson, which retains the Bacardi rum and Bacardi Breezer accounts, will not be pitching for the Martini Vermouth business. Media buying and planning for Martini will continue to be handled by Universal McCann.

HHCL says the two parties decided to end their relationship on the Martini brand after failing to reach agreement on “the future direction of the advertising”.

“Martini is now entering a consolidation phase of its life cycle and is seeking an agency to meet this remit with its advertising.”

Last Christmas, the agency launched a &£1.3m TV campaign for Martini Vermouth, which used the long-established “Anytime, Any Place, Anywhere” theme and portrayed the brand as sophisticated, sociable and fun.