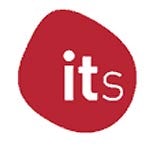 The Association of Investment Trust Companies (AITC) has awarded the &£13.5m “Its” investment trust creative account to HHCL &amp; Partners.

HHCL is believed to have beaten Abbott Mead Vickers.BBDO, BMP DDB and Euro RSCG Wnek Gosper to the business, which will include the launch of a range of branded “wrapper” products.

The account was previously handled by Radical, a consultancy set up by former Young &amp; Rubicam chief executive Tim Lefroy.

The AITC was formed last year with the aim of persuading consumers to put their cash into investment trusts, which have not been as widely accepted as PEPs and ISAs.

Radical ran a high-profile ad campaign, which launched last autumn with the strapline “Its for everyone”, but it is understood to have failed in its attempt to raise awareness of investment trusts.

He says: “We have been pleased with Radical’s work – it is doubtful the scheme would have got off the ground without it – but we now have a significantly different task and believe HHCL is the right agency to rise to this challenge.”

The group has a portfolio of more than 305 investment trusts from some of the top finance houses in the world, including Schroder, Perpetual and Invesco.

Zenith, which won the media buying account last year, takes over the planning from Radical.