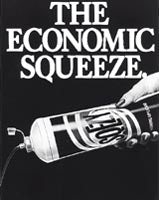 The relaunch will see the 38-year old brand, owned by chemicals company Buck UK, target young consumers in an effort to take on the market leaders, Unilever’s Persil and Procter &amp; Gamble’s Fairy.

Buck UK managing director Gervase Cottam says: “We want to do something different in this market, to create a brand with a significant premium to the leader. Sqezy is designed to appeal to the young-at-heart.” The brand first appeared on the shelves in 1964 as “easy peasy lemon sqezy” washing up liquid.

In October, Buck UK formed a strategic alliance with German detergents manufacturer Henkel to handle the marketing, sales and distribution of a new detergents range in the UK. Henkel handles marketing for Buck, in return for gaining access to the Scottish company’s distribution channels.

In March, the two companies appointed The Leith Agency to handle the relaunch of toilet cleaner Frish. Buck acquired the brand from Unilever last year and plans to extend the Frish brand into a range of products including toilet-rim fresheners.