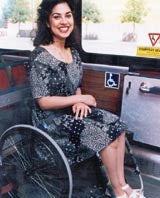 HHCL/Red Cell pitched in partnership with MGM Media, which has been appointed to handle media planning and buying for the campaign. JWT’s media partner was Naked.

The Department of Work &amp; Pensions (DWP) put together a shortlist of creative and media teams to pitch for the business in the summer (MW July 3). The pitch was overseen by COI Communications.

For the DWP disability campaign, HHCL/Red Cell will be briefed to reflect the Government’s plans to implement the next phase of the Disability Discrimination Act 1995, which comes into force on October 1, 2004. This will make disability discrimination as much of an offence as racism, sexism and ageism.