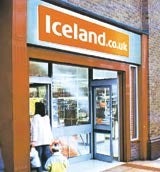 Iceland is set to review its &£10m advertising and media buying account.

The retailer is reviewing all areas of the business following its acquisition by Baugur Group when it bought the Big Food Group (MW February 17). Iceland uses HHCL/Red Cell for advertising and MediaCom for media buying.

An Iceland spokeswoman says: “All areas of the business are under review, but agency arrangements currently remain the same.”

New chief executive Malcolm Walker, who has a stake in Iceland, has also announced 400 redundancies out of a total 1,200 staff at the company’s head office. It is expected this will include up to 20 job cuts in the 50-strong marketing department. The spokeswoman claims that marketing director Nick Canning’s job will not be affected.

Walker claims that overheads have increased by &£40m since he was running the company four years ago, though he says the increase is partly due to more people working at head office.

Walker adds: “Far from delivering results, this increase has produced a situation in which our annual turnover is now some &£400m lower than it was in 2000, like-for-like sales are down ten per cent, and the business will record a loss for the financial year to March 2005.”

Walker worked with HHCL when he was previously at the helm of the supermarket chain. Under the direction of Canning, the agency has since introduced the “Mums are heros” theme into the supermarket’s advertising.

Five’s growth has been rapid – both in terms of audience and the maturity of its programming. But unless it finds a way into the multi-channel environment, it may stall. By Amanda Wilkinson