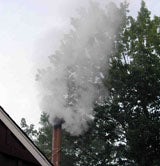 Developed with the Department of Energy and Climate Change, it is hoped that the PAS 2060 mark will restore consumer confidence by establishing clear and consistent requirements for businesses carbon neutral claims.

Until now organisations wanting to highlight their environmental reputation have made claims about carbon footprint and offsetting but the lack of a consistent measure have led to public confusion, and often accusations of ‘greenwash’.

The BSI standard will be applicable to any organisation and would mean companies can be compared on an equal footing, allowing consumers to make informed decisions.

Marks & Spencer sustainability manager Rowland Hill says: “Marks & Spencer has a commitment to make its store, office and warehouse operations carbon neutral by 2012 as part of our ‘Plan A eco-plan’. We have found the term ‘carbon neutral’ highly effective in communicating and engaging our customers, employees and suppliers. To date, we have been working to develop robust measurements and to achieve the necessary improvements in efficiency expected by our stakeholders. We welcome PAS 2060 as a robust and transparent means of demonstrating carbon neutrality”.

It is also hoped that the new standard will encourage more action towards climate change and carbon reduction.

The announcement comes on World Standards Day, which this year is taking the theme tackling climate change through standards.