The “Everyone for Tennis” campaign was an effort to “combat misperceptions around access to tennis” by promoting the brand’s partnership of the Lawn Tennis Association (LTA) as well as the Highland Spring Mini Tennis Month.

It was also an effort to “increase footfall to the bottled water fixture”, a goal it seems on track to achieve as it claims bottled water is set to become the “number one volume-led consumer beverage”.

Simon Oldham, group commercial director for Highland Spring told Marketing Week that the campaign was the brand’s first “totally multi-channel and holistic marketing campaign” that not only involved sponsorship but also above and below the line activity, digital, and PR.

“Across all reads it’s going to be successful,” he said, claiming that YouGov’s BrandIndex showed that purchase intent and consideration scores had risen since the launch with the brand’s Buzz ranking doubling during the first three weeks.

“We’re the leading bottled water under both measures since that campaign ran, which is a major result for us,” he added.

According to YouGov data from today (22 June), the brand’s overall Index rating has risen by 1.2 points in the past six months, putting it third on a list of 39 soft drinks behind Robinsons and Ribena up from its previous fifth spot.

The brand claims it has seen a 222% increase in website visits since the launch.

Meanwhile, the LTA claims 5,181 kids have been involved in Mini Tennis to date with 22% signing up to a long-term program, putting the brand half way to its target of getting 10,000 people involved within three months of the campaign.

According to Oldham the average consumption of bottled water in the UK is 40.8 litres a year, less than a litre per week, which puts the nation at one third of the average in America or Western Europe.

“Water is the healthiest beverage you can have, but as a nation we don’t drink enough,” Oldham said, adding that it has taken a long time for people to grasp the need for hydration.

“Our aim is to promote not only our brand, but also be part of the education around healthy hydration,” he added.

According to Kantar data cited by the brand, 52% of the UK population are now buying bottled water, which Oldham believes will continue to increase due to both changing habits and conversations around obesity and sugar.

“Not only are people buying it, but they’re buying more often,” he said. “On every level the signs are that bottled water will continue to grow. It will become the number one volume-led consumer beverage.”

The latest Britvic Soft Drinks Report, released in March, showed that sales of water were up 12.6% to £671m in 2014, making the segment the second fastest growing of all soft drinks in 2014.

Tennis as a ‘sport for everyone’

As the sales of bottled water increase, Highland Spring is looking to ensure new consumers make the brand their first choice in the category by pushing its position as a “brand for everyone”.

“We’ve always communicated the brand so that it resonates with a profile of consumers right across the spectrum,” Oldham said, adding that while the brand has elite sport and athlete sponsorships, it has always been involved with grassroots programmes such as local fun runs and cycling events.

This year the brand will continue to make the most out of its tennis partnerships according to Oldham, which has been its “major focus and investment”.

“Our partnerships with the LTA really does meet that objective both of the elite sports players and also the grassroots,” he said. “Tennis is something for everyone – it doesn’t have to be formal.”

He added that Highland Spring will push both another brand campaign and a sparkling-specific campaign either later this year or early 2016.

“We want to maximise the visibility we get for brands and how that reaches our target audience, which is what the last campaign has done,” he said. 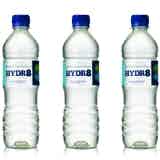 Highland Spring Group is launching a new brand to capitalise on the growing market in budget bottled water. 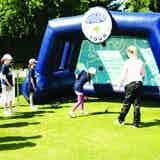