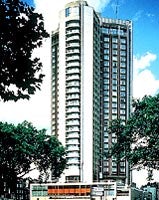 Hilton, the UK’s biggest chain of upmarket hotels, has appointed Hugh Taylor to the role of vicepresident of marketing for UK and Ireland.

Taylor, who is currently marketing director at Jarvis Hotels, will join Hilton at the end of this month. His appointment follows the promotion of UK marketing chief Mike Ashton to the position of senior vice-president of marketing for Hilton International.

It is too early to say whether Taylor will review Hilton’s creative advertising account, which is held in the UK by the Morgan Partnership in Glasgow. The agency created last year’s TV ad campaign, featuring US actor Jeff Goldblum.

This year, Hilton is rebranding some of its 79 UK hotels as it prepares to roll out the top-end luxury Conrad Hotels, owned by the hotel group’s US counterpart, Hilton Hotels Corporation.

Some hotels will be rebranded entirely as Conrad while others will have a floor or tower allocated to the brand.

Last year the group invested &£100m in revamping its UK and Ireland properties as part of its “Hilton Time” concept. Rooms were divided into two – one part for relaxation and one for work – to create an “oasis for the modern traveller”.

Bass Brewers is relaunching its premium packaged spirit brand Red in a resealable “soft pack” as a means of appealing to clubbers and festival goers. The Red Pouch will be tested in 35 clubs and bars across the UK from this month, to coincide with the Red Tour which will bring DJs to nightclubs around […]

Normally, the firing of the general election starting gun is a terrifying sound to executives of the Advertising Standards Authority (ASA). It signals a retreat to the bunker, accompanied by flak jacket and tin helmet. For there are two certainties about election advertising. The first is that politicians will unscrupulously break all the rules which […]

FA Premier League team, Ipswich Town Football Club, which is on course for a lucrative UEFA Champions’ League spot, is understood to be looking for a sponsor to reflect its European ambitions. The search marks the end of its six-year relationship with Greene King. Ipswich is looking for a three-year deal, believed to be worth […]