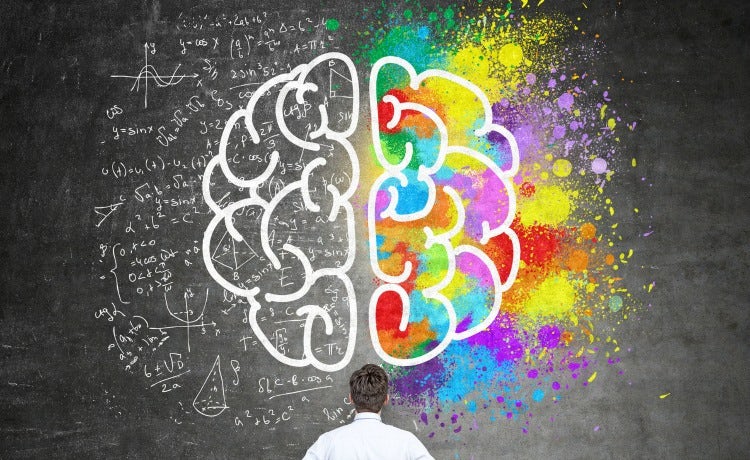 Over the past year, employers from every section of society have been redoubling their efforts to promote diversity and inclusion. Brands across the UK are successfully breaking down the barriers around gender, ethnicity, disability and sexuality. However, for the most part their efforts have stopped short of promoting neurodiversity.

This means that neurodiveristy is by no means a rarity. Some 10% of the population have dyslexia, a learning difficulty that can result in problems with reading, writing and spelling. Of those, 4% are severely affected, according to the British Dyslexia Association.

Dyscalculia, characterised by impairments in learning basic arithmetic, processing numbers and performing accurate calculations, is thought to affect 5% of the population. The British Dyslexia Association reports that this number rises to 25% when the definition is widened to “mathematical learning difficulties”.

Does your business have any policies or processes in place to make it easier to hire neurodiverse people? https://t.co/D4ZPX6Qw41

Affecting between 6% and 10% of school children in the UK, according to the National Institute of Economic and Social Research, dyspraxia is a lifelong condition that impacts on movement and co-ordination, from basic motor skills like walking or sitting upright, to finer skills such as writing or picking up small objects.

Another element of neurodiversity is ADHD. Characterised by inattentiveness, hyperactivity and impulsiveness, ADHD is not a condition restricted to children. Figures from NHS Choices show that by the age of 25, an estimated 15% of people diagnosed with childhood ADHD still have the full range of symptoms and for 65% the condition is so severe it affects their daily lives.

Underemployment and unemployment also affects the 700,000 people in the UK on the autism spectrum, according to the National Autistic Society. Just 16% of British autistic adults are in full-time paid employment, with 32% in some kind of paid work. The statistics show only 10% of autistic adults receive employment support, despite the fact 53% say they want it.

People on the autism spectrum are sensitive to change and by being here at the company for six weeks they start getting immersed little by little.

“Increasingly there is talk of marketers needing to be ‘whole-brained’, however I believe marketing leaders should be building whole-brained teams, making sure that individuals are empowered and supported so they can become the best possible version of themselves, and each contribute their own unique skillset,” says Evans.

“Personally, I am very interested to see how an increase in diversity of thought and the continuing development of new marketing technologies will complement each other to shape the marketing function of the future.”

Change comes from within

Bringing neurodiverse talent into a business often means changing the hiring process in recognition of the fact different people express themselves in different ways.

A company leading the neurodiversity push is software developer SAP, which in May 2013 announced its aspiration to have 1% of its 65,000 workforce represented by people on the autism spectrum, equating to 650 people.

To date the company has hired 120 employees on the autism spectrum for 22 roles in nine countries and across 17 locations. Approximately 80% are full-time employees, while the other 20% are interns or contractors.

“I had conversations with some of our peer companies like Microsoft, who shared a concern that very valuable candidates were not able to make it into the company because the processes in place did not really accommodate their differences,” explains Jose Velasco, SAP vice-president of products and innovation, and co-leader of the Autism at Work programme.

“If we were to use the standard procedures of hiring individuals we would have not have hired a large degree of the 120 employees that we have and as a result we would have missed out on things like an intern, who after being with us for eight months, filed two patents.”

As a result SAP implemented the SAP Enterprise Readiness Programme, a six-week pre-employment training programme teaching potential candidates about collaboration, corporate etiquette and communications, as well as building their awareness of SAP products.

“People on the autism spectrum are sensitive to change and by being here at the company for six weeks they start getting immersed little by little and feeling more comfortable with the company,” Velasco explains.

“As a result by the time they finish their training they feel much more comfortable and confident. They apply for a job with an understanding of our company that is significantly deeper than they would have had coming to the interview for the first time.”

SAP now has an intake of autistic individuals from eight US universities, as well as bringing people onboard through its links with the government and specialist training organisations. The company also accepts a significant amount of people who knock on the door and say “I’m on the spectrum and I’m interested”, as well as referrals from their parents and friends.

Adapting how the interview process is structured was a key action taken by advisory company and insurance broker Willis Towers Watson in its bid to attract colleagues on the autism spectrum.

As the standard interview can seem intimidating for a candidate with autism spectrum disorder (ASD), a work trial or test can often be a better way to assess skills, explains global employer brand manager Andrew Farmer.

“Reviewing the types of questions to ask and how they are phrased is another idea. So for instance it’s about removing abstract language or hypothetical questions, which might be too distracting.

Through our project we found that stigma, and the perception of stigma, can be a significant challenge for people.

“Also [we suggest] the removal of open-ended questions that could be quite problematic, because they might not be able to sell themselves in the right way or elaborate on further points. Another good idea is providing extra time to complete written tests,” Farmer adds.

In 2015, Willis Towers Watson’s global CEO John Haley committed to hiring people on the autism spectrum, partnering with not-for-profit organisations and charities to reach this untapped talent pool. Since then the US arm of the company has recruited 18 people to work as data analysts, inspiring the UK to take part in the programme.

While still in the early stages, Willis Towers Watson’s UK ASD programme is focusing on the data solutions area of the business, working with external organisations and charities to make adjustments to the recruitment, onboarding and training processes. The company is hoping to recruit six to eight colleagues by the end of August.

Taking a creative approach to inclusivity is the plan at the BBC. Now in its third year, the broadcaster’s Project CAPE (Creating a Positive Environment) creative initiative uses the power of cognitive design to develop accessible user experiences for people with neurodiverse conditions.

Funded until 2019, the project is led by head of cognitive design Sean Gilroy and senior UX designer Leena Haque, both based in the BBC’s user experience and design department.

“Sean was my line manager and I explained some of the challenges and issues faced in gaining employment [for people with neurodiverse conditions] after finding accessible and supportive colleges or universities,” Haque explains.

Gilroy agreed that the topic was being overlooked and it was important for the BBC to improve the support available, as well as highlight the talents of people with neurological differences.

“Through our project we found that stigma, and the perception of stigma, can be a significant challenge for people,” Gilroy says.

“They can be worried that disclosing their condition will affect their careers, as well as how managers and colleagues perceive and interact with them. We also know equally that in workplaces, not everyone understands conditions such as autism or how to ask for or find help.”

The team explain that the aim of Project CAPE is to promote the idea that differences in brain functioning, such as autism and dyslexia, are not disabilities, but natural variations and that differently-wired brains can help devise new design processes, drive innovation and find fresh perspectives.

In collaboration with the BBC, Academy Project CAPE has produced two films, the first using a video game scenario to highlight a day in the life of a neurodiverse individual in the workplace. The second, a 360-degree VR film using visual effects and motion graphics, recreates the sensations and experiences associated with neurodiverse conditions.

Project CAPE has also developed two interactive access films taking viewers on a journey through the BBC’s MediaCity Buildings in Manchester in order to help visitors with neurodiverse conditions develop coping strategies before they arrive.

The BBC, which became the first broadcaster to gain a National Autistic Society Accessibility Award in March 2016, is using the project to bring in new creative talent, as well as to produce innovative and accessible content for its audiences.

Employers ready to make changes to their hiring processes are already reaping the substantial rewards that come from bringing neurodiverse talent into their teams. 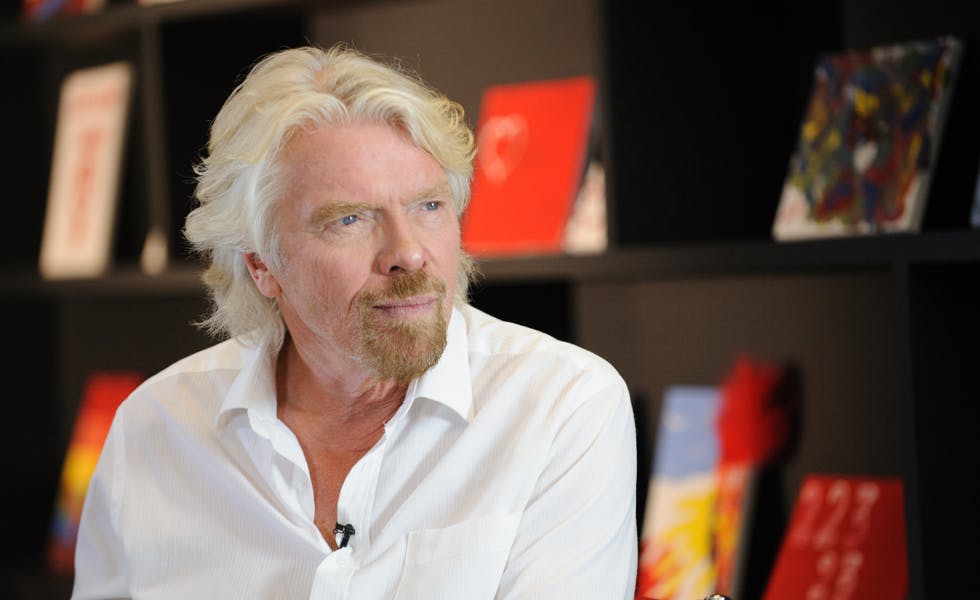 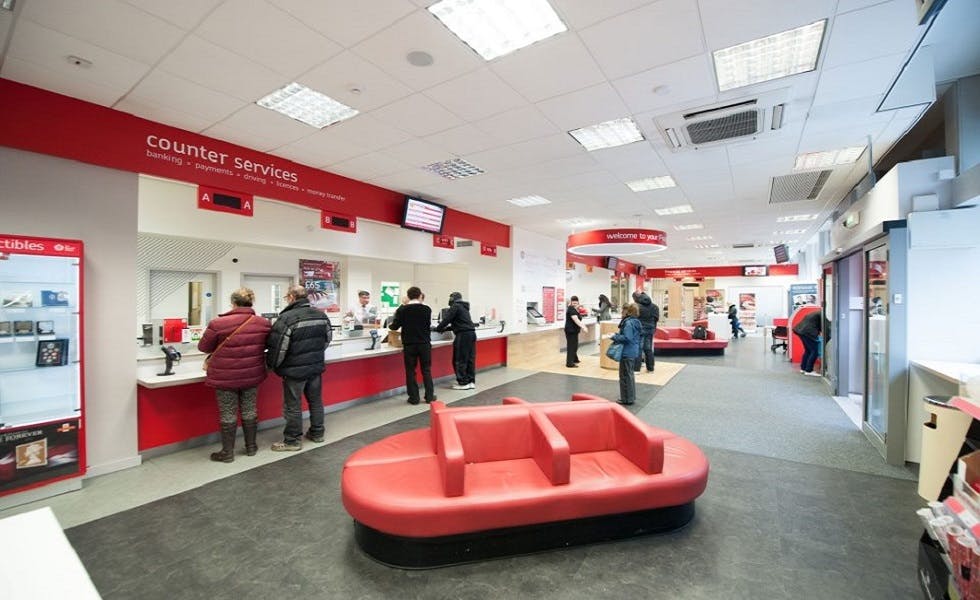 Festival of Marketing 2015: The Post Office is using neuroscience principles in a bid to achieve a deeper emotional impact with its new Christmas TV advert.