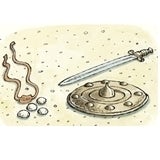 The household cleaning market is dominated by behemoths like P&amp;G and Unilever, so small companies launching products into the sector must expect to face ‘David vs Goliath’ battles. Can ACDOCO’s new oven cleaner win shelf space without being outspent? By Barny Stokes

The launch of a new oven cleaner under the Dr Beckmann brand (MW last week) is the latest from household cleaning specialist ACDOCO in a sector dominated by the likes of Procter &amp; Gamble, Unilever, Reckitt Benckiser and SC Johnson.

The product, which ACDOCO is positioning as a “friendlier” cleaner that is “less caustic” than the market leading brand Mr Muscle, will be rolled out later this month backed by a television campaign from Cheetham Bell JWT. The company is convinced it has found a niche to exploit, but is under no illusions about the difficulties of taking on its behemoth opposition, in a classic David versus Goliath marketing struggle.

For industry observers, the barriers to entry in sectors like household cleaning are numerous. With so many big-name brands jostling for position, experts point out that simply securing a meeting with buyers at a major retailer to pitch a new brand can be incredibly difficult, and convincing them to list it harder still. Even if a new entrant can clear the first hurdle, once it is on the shelves its problems are only just beginning.

One source points out that while the cost of producing a cleaning product is comparatively low, the nature of the market necessitates a high advertising and promotional spend. As such, it is impossible to compete directly with global players due to the marketing economies of scale that their size affords them. The source adds that in certain categories some retailers will also have a policy of only listing one or two leading brands and an own-label equivalent. Manufacturers will defend their positions by any means necessary, and in some instances will be prepared to hand over large sums of money as a “sweetener” to keep a brand on shelves, according to the source.

Another major difficulty is the level of investment required to launch a new product, says Giles Lury, a director at The Value Engineers. Lury argues that even if a new entrant can secure distribution, coping with the demand can be difficult, with smaller players unable to scale up production quickly should the need arise. He also says that competitors will usually be aware of, and prepared for, a rival product launch. If they feel threatened they will employ “every tactic at their disposal” to minimise the perceived threat, such as running in-store promotions or “buy one get one free” deals.

Any new offering must add value to a category for it to be worth the retailer’s time. “The main concern of a retailer is space,” Lury says. “It’s not as though supermarkets have rows of empty shelves – to get in you’ve often got to knock someone else out.”

Given the difficulties, industry observers agree that to succeed it is essential to have a sound proposition. This means identifying a niche, and offering a product with a specific function. FutureBrand senior vice-president of strategy and innovation Adrian Goldthorpe argues that there is now more scope for such products as people’s living environment evolves. “Homes have changed over the years,” he says. “Many of them have stainless-steel kitchen surfaces, leather sofas in the lounge and wooden flooring, so some consumers will buy products specifically to clean and care for those surfaces.”

“You have to be realistic,” says Conway. “If you stick your head above the parapet you run the risk of being outspent. As we can’t hope to match the budgets of the multinationals we have to offer something different.” That said, Conway points out that in an effort to combat the sheer size of its rivals, and their spread of brands on retailers’ shelves, ACDOCO has entered into a strategic alliance with US cleaning company Orange Glo, marketing products from Orange Glo’s Oxi Clean range in the UK.

Companies competing with multinationals in other sectors agree that having a point of difference is essential. Will King, founder of King of Shaves, the first company to market shaving oil in the UK, argues that businesses must either identify a niche to exploit or have a revolutionary product. “You have to offer retailers something different,” he says. “If we’d just gone in with another can of shaving foam, the response would have been ‘Why would anybody buy this?'”

Even so, King admits that securing distribution for his brand was extremely difficult, adding that even now he is struggling to convince the major multiples to list his Will Bar, a healthy energy snack, as well as a toothpaste aimed at men he has developed under the strapline “King of Smiles”.

A further problem new entrants face if their brand performs well is that larger players may launch a rival product. If that subsequently performs well, retailers will inevitably develop an own-label version, crowding the category. Conway is resigned to this, and says that every “me-too” version of an ACDOCO product means the company is “doing something right”. The company builds this expectation into its business plan – Oxi Clean stain remover was on shelf for just eight months before Reckitt moved in with Vanish.

Yet there are ways to avoid these difficulties. Lury stresses that new brands don’t necessarily need to target major retailers immediately. He points to beer brand Cobra, which started by targeting Asian restaurants directly, to position itself as the ideal partner for a curry, leading to an increase in general demand. “It’s worth thinking about whether there is a different way to reach your market,” says Lury. “Ask ‘Do we have to go down the Tesco route or can we do something a little bit different?'”

Datamonitor analyst Ian Bell points out that if a company has identified a niche or can offer a genuine point of difference, it is in retailers’ best interests to list the product, particularly if the brand builds a loyal following. “If consumers can’t find what they want they may go elsewhere, maybe for all their shopping needs,” he says. Indeed, another source claims that Waitrose was forced to relist Surcare, the McBride-owned niche detergent brand developed for sensitive skin, because of customers threatening to look elsewhere.

Rough with the smooth

There is no denying that smaller companies taking on the might of the multinationals face a rough ride. The UK division of Aquados, the Glasgow-based company that launched one-dose soluble laundry powder sacs (MW October 25, 2001), has, for example, recently gone into administration. The company was unavailable for comment. Conway readily admits that it is much harder to soak up failures as a smaller company than if you’re a major global player. “We’ve taken some body blows over the years,” he says. “But we’re still here and still growing.”